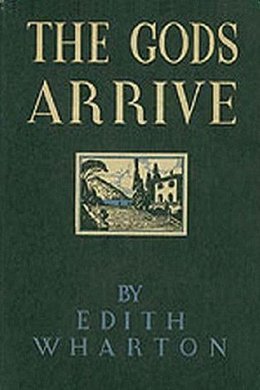 Halo Tarrant, abandoning her failed marriage, elopes to Europe with the brilliant young writer, Vance Weston. As they travel around, her only wish is to serve him and his genius. But, ignoring the pain her amiguous status brings, Vance takes her loving attentions for granted and rejects the critical advice he had formerly welcomed. This distinguished novel, companion piece to Hudson River Bracketed, shows a writer’s struggle for integrity and maturity, and the difficulties which, even in the most idealistic relationship, beset men and women in a changing but hypocritical moral climate.

One of the stewards of the big Atlantic liner pushed his way among the passengers to a young lady who was leaning alone against the taffrail. “Mrs. Vance Weston?”

The lady had been lost in the effort to absorb, with drawn-up unseeing eyes, a final pyramidal vision of the New York she was leaving–a place already so unreal to her that her short-sighted gaze was unable to register even vaguely its towering signals of farewell. She turned back.

“No–” she began; then, correcting herself with a half-embarrassed smile: “Yes.”

Stupid–incredibly! But it was the first time the name had been given to her. And it was not true; she was not yet Mrs. Vance Weston, but Halo Tarrant, the still undivorced wife of Lewis Tarrant. She did not know when she would be free, and some absurd old leaven of Lorburn Puritanism (on her mother’s side she was a Lorburn of Paul’s Landing) made her dislike to masquerade under a name to which she had no right. Yet before her own conscience and her lover’s she was already irrevocably what she called herself: his wife; supposing one could apply the term irrevocable to any tie in modern life without provoking Olympian laughter. She herself would once have been the first to share in that laughter; but she had to think of her own situation as binding her irrevocably, or else to assume that life, in its deepest essence, was as brittle as the glass globe which the monkeys shatter in the bitter scene of Faust’s visit to the witch. If she were not Vance Weston’s for always the future was already a handful of splinters.

The steward, handing her a telegram, and a letter inscribed “urgent,” had hurried away on his distribution of correspondence. On the envelope of the letter she read the name of her lawyer; and as he was not given to superfluous writing, and as telegrams were too frequent to be of consequence, she opened the letter first. “Dear Mrs. Tarrant,” she read, “I am sending this by hand to the steamer in the hope of reaching you in time to persuade you not to sail. I have just heard, from a safe source, that your husband knows of your plans, and is not disposed to consent to your divorcing him if you persist in leaving the country in the circumstances of which you have advised me.” (She smiled at this draping of the facts.) “Indeed, I suspect he may refuse to take divorce proceedings himself, simply in order to prevent your re- marrying. I should have tried to see you at once if I were not leaving for Albany on professional business; but I earnestly beg you, if my messenger reaches you before you are actually off … “

Halo Tarrant lifted her eyes from the letter. No; she was not actually off. The decks were still in the final confusion of goodbyes; friends and relatives were lingering among the passengers till the landing gong should hurry them ashore. There was time to dash down to her cabin, collect her possessions, and descend the gangplank with the other visitors, leaving a note of explanation for the companion she was abandoning. For his sake as well as her own, ought she not to do it? What she knew of her husband made her ready enough to believe that a headlong impulse of reprisals might make him sacrifice his fixed purpose, his hope of happiness, a future deliberately willed and designed by himself, to the satisfaction of hurting and humiliating her. He was almost capable of wishing that she WOULD go away with Vance Weston; the mere pleasure of thwarting her would be keen enough to repay him. He was a man who grew fat on resentment as others did on happiness … For an instant her old life rose before her. This was the man she had lived with for ten years; he had always been what he was now, and she had always known it. The thought frightened her even now–she had to admit that he could still frighten her. But the admission stiffened her will. Did he really imagine that any threat of his could still affect her? That she would give up a year, perhaps two years, of happiness, of life–life at last!–and sit in conventual solitude till the divorce, conducted with old- fashioned discretion and deliberation, permitted him to posture before his little world as the husband who has chivalrously “allowed” an unworthy but unblamed wife to gain her liberty? How quaint and out-of-date it all sounded! What did she care if she divorced him or he divorced her–what, even, if he chose to wreak his malice on her by preventing any recourse to divorce? Her life had struck root in the soul-depths, while his uneasily fluttered on the surface; and that put her beyond all reach of malice. She read the letter twice over, slowly; then with a smiling deliberation she tore it up, and sent the fragments over the taffrail.