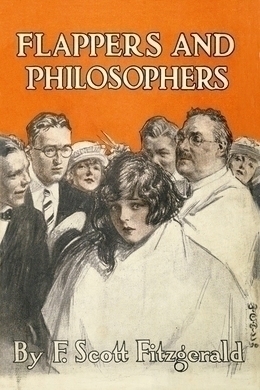 First published in 1920, Flappers and Philosophers marked F. Scott Fitzgerald’s entry into the realm of the short story, in which he adroitly proved himself “a master of the mechanism of short story technique” (Boston Transcript). Several of his most beloved tales are represented in this collection of eight, including “Bernice Bobs Her Hair” and “Head and Shoulders,” with their particularly O. Henry-like twists; the poignant “Benediction” and “The Cut-Glass Bowl”; and “The Offshore Pirate,” the octet’s opening and most romantic story. It is a collection of masterful short works from an American literary icon that led The New York Times Book Review to note that “[no one] can fail to recognize Mr. Fitzgerald’s talent and genius.”Pocket Books’ Enriched Classics present the great works of world literature enhanced for the contemporary reader. Special features include critical perspectives, suggestions for further reading, and a unique visual essay composed of period photographs that help bring every word to life.

This unlikely story begins on a sea that was a blue dream, as colorful as blue–silk stockings, and beneath a sky as blue as the irises of children’s eyes. From the western half of the sky the sun was shying little golden disks at the sea—if you gazed intently enough you could see them skip from wave tip to wave tip until they joined a broad collar of golden coin that was collecting half a mile out and would eventually be a dazzling sunset. About half–way between the Florida shore and the golden collar a white steam–yacht, very young and graceful, was riding at anchor and under a blue–and–white awning aft a yellow–haired girl reclined in a wicker settee reading The Revolt of the Angels, by Anatole France.

She was about nineteen, slender and supple, with a spoiled alluring mouth and quick gray eyes full of a radiant curiosity. Her feet, stockingless, and adorned rather than clad in blue–satin slippers which swung nonchalantly from her toes, were perched on the arm of a settee adjoining the one she occupied. And as she read she intermittently regaled herself by a faint application to her tongue of a half–lemon that she held in her hand. The other half, sucked dry, lay on the deck at her feet and rocked very gently to and fro at the almost imperceptible motion of the tide.

The second half–lemon was well–nigh pulpless and the golden collar had grown astonishing in width, when suddenly the drowsy silence which enveloped the yacht was broken by the sound of heavy footsteps and an elderly man topped with orderly gray hair and clad in a white–flannel suit appeared at the head of the companionway. There he paused for a moment until his eyes became accustomed to the sun, and then seeing the girl under the awning he uttered a long even grunt of disapproval.