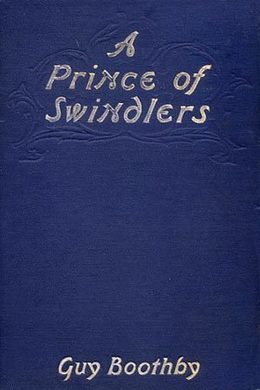 A Prince Of Swindlers

Introducing Simon Carne, a gentleman thief predating both E. W. Hornung’s A. J. Raffles and Maurice Leblanc’s Arsène Lupin. The British Viceroy first meets Carne while traveling in India. Charmed, he invites the reclusive hunchbacked scholar to London, little suspecting that his guest is actually an adventurer and a master of disguise. Carne—aided by his loyal butler, Belton—embarks on a crime spree, stealing from London’s richest citizens and then making fools of them by posing as a detective investigating the thefts.

The night was close and muggy, such a night, indeed, as only Calcutta, of all the great cities of the East, can produce. The reek of the native quarter, that sickly, penetrating odour which, once smelt, is never forgotten, filled the streets and even invaded the sacred precincts of Government House, where a man of gentlemanly appearance, but sadly deformed, was engaged in bidding Her Majesty the Queen of England’s representative in India an almost affectionate farewell.

“You will not forget your promise to acquaint us with your arrival in London,” said His Excellency as he shook his guest by the hand. “We shall be delighted to see you, and if we can make your stay pleasurable as well as profitable to you, you may be sure we shall endeavour to do so.”

“Your lordship is most hospitable, and I think I may safely promise that I will avail myself of your kindness,” replied the other.

“In the meantime ‘good-bye,’ and a pleasant voyage to you.”

A few minutes later he had passed the sentry, and was making his way along the Maidan to the point where the Chitpore Road crosses it. Here he stopped and appeared to deliberate. He smiled a little sardonically as the recollection of the evening’s entertainment crossed his mind, and, as if he feared he might forget something connected with it, when he reached a lamp-post, took a note-book from his pocket and made an entry in it.

“Providence has really been most kind,” he said as he shut the book with a snap, and returned it to his pocket. “And what is more, I am prepared to be properly grateful. It was a good morning’s work for me when His Excellency decided to take a ride through the Maharajah’s suburbs. Now I have only to play my cards carefully and success should be assured.”

He took a cigar from his pocket, nipped off the end, and then lit it. He was still smiling when the smoke had cleared away.

“It is fortunate that Her Excellency is, like myself, an enthusiastic admirer of Indian art,” he said. “It is a trump card, and I shall play it for all it’s worth when I get to the other side. But to-night I have something of more importance to consider. I have to find the sinews of war. Let us hope that the luck which has followed me hitherto will still hold good, and that Liz will prove as tractable as usual.”

Almost as he concluded his soliloquy a ticca-gharri made its appearance, and, without being hailed, pulled up beside him. It was evident that their meeting was intentional, for the driver asked no question of his fare, who simply took his seat, laid himself back upon the cushions, and smoked his cigar with the air of a man playing a part in some performance that had been long arranged.

Ten minutes later the coachman had turned out of the Chitpore Road into a narrow bye street. From this he broke off into another, and at the end of a few minutes into still another. These offshoots of the main thoroughfare were wrapped in inky darkness, and, in order that there should be as much danger as possible, they were crowded to excess. To those who know Calcutta this information will be significant.

There are slums in all the great cities of the world, and every one boasts its own peculiar characteristics. The Ratcliffe Highway in London, and the streets that lead off it, can show a fair assortment of vice; the Chinese quarters of New York, Chicago, and San Francisco can more than equal them; Little Bourke Street, Melbourne, a portion of Singapore, and the shipping quarter of Bombay, have their own individual qualities, but surely for the lowest of all the world’s low places one must go to Calcutta, the capital of our great Indian Empire.

Surrounding the Lai, Machua, Burra, and Joira Bazaars are to be found the most infamous dens the mind of man can conceive. But that is not all. If an exhibition of scented, high -toned, gold-lacquered vice is required, one has only to make one’s way into the streets that lie within a stone’s throw of the Chitpore Road to be accommodated.

Reaching a certain corner, the gharri came to a standstill and the fare alighted. He said something in an undertone to the driver as he paid him, and then stood upon the footway placidly smoking until the vehicle had disappeared from view. When it was no longer in sight he looked up at the houses towering above his head; in one a marriage feast was being celebrated; across the way the sound of a woman’s voice in angry expostulation could be heard. The passers-by, all of whom were natives, scanned him curiously, but made no remark. Englishmen, it is true, were sometimes seen in that quarter and at that hour, but this one seemed of a different class, and it is possible that nine out of every ten took him for the most detested of all Englishmen, a police officer.