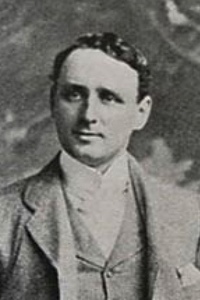 Boothby was a prolific Australian novelist and writer, noted for sensational fiction in variety magazines around the end of the nineteenth century. He lived mainly in England and is best known for such works as the Dr Nikola series; about an occultist criminal mastermind who is a Victorian forerunner to Fu Manchu, and Pharos, the Egyptian. Rudyard Kipling was his friend and mentor and his books were remembered with affection by George Orwell. (source: Wikipedia)

Richard Hatteras, on holiday in Sydney, rescues a lovely young woman in distress, the start of a series of events that sees him falling in love and beco...read more »

Boothby was and still is a delightful writer. In this collection you can enjoy some of his finest tales, including; * A Crime of the Underseas * The...read more »

Wilfred Bruce and Doctor Nikola set off for Tibet in search of a secret society “ten times as powerful as any government or priesthood in the world.” It...read more »

The nefarious and wealthy Nikola has purchased a remote castle in the north of England, where the seclusion will allow him and his new assistant and Nik...read more »

Boothbys fifth novel of five about the notorious Doctor Nikola, an occultist anti-hero seeking immortality and world domination. Nikola may be the world...read more »

Australian author Guy Boothby put his wanderlust to work as fodder for his fiction. Though his first publication was a non-fiction account of a trip thr...read more »

The plague is spreading across Europe – a plague as vile and vicious as the plagues of the middle ages. It is a plague more virulent than any childhood ...read more »

Looking back on it now I can recall every circumstance connected with that day just as plainly as if it had all happened but yesterday. In the first pla...read more »

Get set for a rip-roaring romp around the world in Guy Newell Boothby’s The Beautiful White Devil. Packing in plenty of action and romance, this novel f...read more »

William Standerton returns to England with his two kids and a small fortune, where he purchases a supposedly haunted-house. Shortly after, William is ki...read more »

In this the third of Boothby’s Dr. Nikola novels, Nikola applies his almost hypnotic persuasion to convince an out-of-luck Australian, formerly from Eng...read more »

Two men, a fight, and a series of calamitous circumstances. The bar of the Hotel of All Nations, Thursday Island. Time, 9.35, one hot evening towards th...read more »

It was nearly nightfall when that melancholy little party made their appearance at the head station. Dick, with great foresight, had sent the ration car...read more »

John Grantham Browne is rich, extremely rich - a millionaire many times over, but there’s a mystery affort. Sit back and enjoy another great crime class...read more »