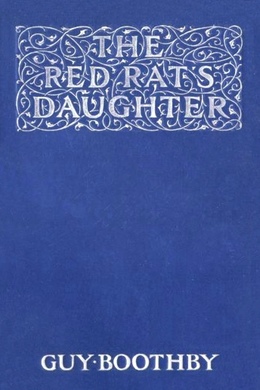 John Grantham Browne is rich, extremely rich - a millionaire many times over, but there’s a mystery affort. Sit back and enjoy another great crime classic from the pen of Guy Boothby.

If John Grantham Browne had a fault–which, mind you, I am not prepared to admit–it lay in the fact that he was the possessor of a cynical wit which he was apt at times to use upon his friends with somewhat peculiar effect. Circumstances alter cases, and many people would have argued that he was perfectly entitled to say what he pleased. When a man is worth a hundred and twenty thousand pounds a year–which, worked out, means ten thousand pounds a month, three hundred and twenty-eight pounds, fifteen shillings and fourpence a day, and four-and-sixpence three-farthings, and a fraction over, per minute–he may surely be excused if he becomes a little sceptical as to other people’s motives, and is apt to be distrustful of the world in general. Old Brown, his father, without the “e,” as you have doubtless observed, started life as a bare-legged street arab in one of the big manufacturing centres–Manchester or Birmingham, I am not quite certain which. His head, however, must have been screwed on the right way, for he made few mistakes, and everything he touched turned to gold. At thirty his bank balance stood at fifteen thousand pounds; at forty it had turned the corner of a hundred thousand; and when he departed this transitory life, a young man in everything but years, he left his widow, young John’s mother–his second wife, I may remark in passing, and the third daughter of the late Lord Rushbrooke–upwards of three and a half million pounds sterling in trust for the boy.

As somebody wittily remarked at the time, young John, at his father’s death and during his minority, was a monetary Mohammed–he hovered between two worlds: the Rushbrookes, on one side, who had not two sixpences to rub against each other, and the Brownes, on the other, who reckoned their wealth in millions and talked of thousands as we humbler mortals do of half-crowns. Taken altogether, however, old Brown was not a bad sort of fellow. Unlike so many parvenus, he had the good sense, the “e” always excepted, not to set himself up to be what he certainly was not. He was a working-man, he would tell you with a twinkle in his eye, and he had made his own way in the world. He had never in his life owed a halfpenny, nor, to the best of his knowledge, had he ever defrauded anybody; and, if he had made his fortune out of soap, well–and here his eyes would glisten–soap was at least a useful article, and would wash his millions cleaner than a good many other commodities he might mention. In his tastes and habits he was simplicity itself. Indeed, it was no unusual sight to see the old fellow, preparatory to setting off for the City, coming down the steps of his magnificent town house, dressed in a suit of rough tweed, with the famous bird’s-eye neck-cloth loosely twisted round his throat, and the soft felt hat upon his head–two articles of attire which no remonstrance on the part of his wife and no amount of ridicule from the comic journals could ever induce him to discard. His stables were full of carriages, and there was a cab-rank within a hundred yards of his front door, yet no one had ever seen him set foot in either. The soles of his boots were thick, and he had been accustomed to walk all his life, he would say, and he had no intention of being carried till he was past caring what became of him. With regard to his son, the apple of his eye, and the pride of his old age, his views were entirely different. Nothing was good enough for the boy. From the moment he opened his eyes upon the light, all the luxuries and advantages wealth could give were showered upon him. Before he was short-coated, upwards of a million had been placed to his credit at the bank, not to be touched until he came of age. After he had passed from a dame’s school to Eton, he returned after every holiday with sufficient money loose in his pocket to have treated the whole school. When, in the proper order of things, he went on to Christ Church, his rooms were the envy and the admiration of the university. As a matter of fact, he never knew what it was to have to deny himself anything; and it says something for the lad’s nature, and the father’s too, I think, that he should have come out of it the honest, simple Englishman he was. Then old John died; his wife followed suit six months later; and on his twenty-fifth birthday the young man found himself standing alone in the world with his millions ready to his hand either to make or mar him. Little though he thought it at the time, there was a sufficiency of trouble in store for him.