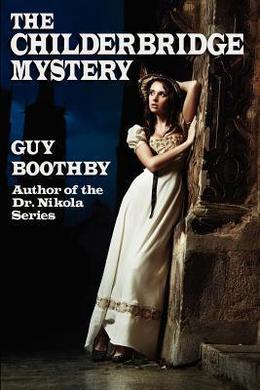 William Standerton returns to England with his two kids and a small fortune, where he purchases a supposedly haunted-house. Shortly after, William is killed by an old enemey and so we have a great mystery to follow while his son, James, tries to work out who killed him. A classic tale of crime and mystery, which although lacks some of the depth found in more modern titles, is still a great read.

One had only to look at William Standerton in order to realise that he was, what is usually termed, a success in life. His whole appearance gave one this impression; the bold unflinching eyes, the square, resolute chin, the well-moulded lips, and the lofty forehead, showed a determination and ability to succeed that was beyond the ordinary.

The son of a hardworking country doctor, it had fallen to his lot to emigrate to Australia at the early age of sixteen. He had not a friend in that vast, but sparsely-populated, land, and was without influence of any sort to help him forward. When, therefore, in fifty years’ time, he found himself worth upwards of half-a-million pounds sterling, he was able to tell himself that he owed his good fortune not only to his own industry, but also to his shrewd business capabilities. It is true that he had had the advantage of reaching the Colonies when they were in their infancy, but even with this fact taken into consideration, his was certainly a great performance. He had invested his money prudently, and the rich Stations, and the streets of House Property, were the result.

Above all things, William Standerton was a kindly-natured man. Success had not spoilt him in this respect. No genuine case of necessity ever appealed to him in vain. He gave liberally, but discriminatingly, and in so doing never advertised himself.

Strange to say, he was nearly thirty years of age before he even contemplated matrimony. The reason for this must be ascribed to the fact that his life had been essentially an active one, and up to that time he had not been brought very much into contact with the opposite sex. When, however, he fell in love with pretty Jane McCalmont–then employed as a governess on a neighbouring Property–he did so with an enthusiasm that amply made up for lost time.

She married him, and presented him with two children–a boy and a girl. Within three months of the latter’s arrival into the world, the mother laid down her gentle life, leaving her husband a well nigh broken-hearted man. After her death the years passed slowly by with almost monotonous sameness. The boy James, and the girl Alice, in due course commenced their education, and in so doing left their childhood behind them. Their devotion to their father was only equalled by his love for them. He could scarcely bear them out of his sight, and entered into all their sports, their joys and troubles, as if he himself were a child once more.

It was not, however, until James was a tall, handsome young fellow of four-and-twenty, and Alice a winsome maid of twenty, that he arrived at the conclusion that his affairs no longer needed his personal supervision, and that he was at liberty to return to the Mother Country, and settle down in it, should he feel disposed to do so.

“It’s all very well for you young folk to talk of my leaving Australia,” he said, addressing his son and daughter; “but I shall be like a fish out of water in the Old Country. You forget that I have not seen her for half-a-century.”

“All the more reason that you should lose no time in returning, father,” observed Miss Alice, to whom a visit to England had been the one ambition of her life. “You shall take us about and show us everything; the little village in which you were born, the river in which you used to fish, and the wood in which the keeper so nearly caught you with the rabbit in your pocket. Then you shall buy an old-fashioned country house and we’ll settle down. It will be lovely!”

Her father pinched her shapely little ear, and then looked away across the garden to where a railed enclosure was to be seen, on the crest of a slight eminence. He remembered that the woman lying there had more than once expressed a hope that, in the days then to come, they would be able to return to their native country together, and take their children with them.

“Well, well, my dear,” he said, glancing down at the daughter who so much resembled her mother, “you shall have it your own way. We will go Home as soon as possible, and do just as you propose. I think we may be able to afford a house in the country, and perhaps, that is if you are a very dutiful daughter, another in London. It is just possible that there may be one or two people living who may remember William Standerton, and, for that reason, be kind to his son and daughter. But I fear it will be rather a wrench for me to leave these places that I have built up with my own hands, and to which I have devoted such a large portion of my life. However, one can be in harness too long, and when once Australia is left behind me, I have no doubt I shall enjoy my holiday as much as any one else.”

In this manner the matter was settled. Competent and trustworthy managers were engaged, and the valuable properties, which had contributed so large a share to William Standerton’s wealth, were handed over to their charge.