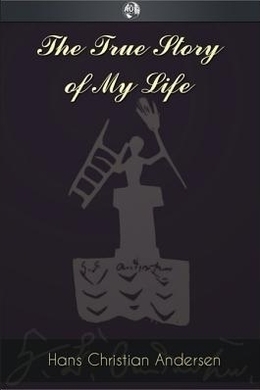 The True Story of My Life

Autobiographical novel of one of the greatest children’s writers that has ever lived: Hans Christian Andersen. Most famous for his versions of classic fairytales, such as The Little Mermaid, The Ugly Duckling, Thumbelina and The Snow Queen. “My life is a lovely story, happy and full of incident. If, when I was a boy, and went forth into the world poor and friendless, a good fairy had met me and said, ‘Choose now thy own course through life, and the object for which thou wilt strive, and then, according to the development of thy mind, and as reason requires, I will guide and defend thee to its attainment,’ my fate could not, even then, have been directed more happily, more prudently, or better. The history of my life will say to the world what it says to me–There is a loving God, who directs all things for the best.”

My life is a lovely story, happy and full of incident. If, when I was a boy, and went forth into the world poor and friendless, a good fairy had met me and said, “Choose now thy own course through life, and the object for which thou wilt strive, and then, according to the development of thy mind, and as reason requires, I will guide and defend thee to its attainment,” my fate could not, even then, have been directed more happily, more prudently, or better. The history of my life will say to the world what it says to me—There is a loving God, who directs all things for the best.

My native land, Denmark, is a poetical land, full of popular traditions, old songs, and an eventful history, which has become bound up with that of Sweden and Norway. The Danish islands are possessed of beautiful beech woods, and corn and clover fields: they resemble gardens on a great scale. Upon one of these green islands, Funen, stands Odense, the place of my birth. Odense is called after the pagan god Odin, who, as tradition states, lived here: this place is the capital of the province, and lies twenty–two Danish miles from Copenhagen.

In the year 1805 there lived here, in a small mean room, a young married couple, who were extremely attached to each other; he was a shoemaker, scarcely twenty–two years old, a man of a richly gifted and truly poetical mind. His wife, a few years older than himself, was ignorant of life and of the world, but possessed a heart full of love. The young man had himself made his shoemaking bench, and the bedstead with which he began housekeeping; this bedstead he had made out of the wooden frame which had borne only a short time before the coffin of the deceased Count Trampe, as he lay in state, and the remnants of the black cloth on the wood work kept the fact still in remembrance.

Instead of a noble corpse, surrounded by crape and wax–lights, here lay, on the second of April, 1805, a living and weeping child,—that was myself, Hans Christian Andersen. During the first day of my existence my father is said to have sate by the bed and read aloud in Holberg, but I cried all the time. “Wilt thou go to sleep, or listen quietly?” it is reported that my father asked in joke; but I still cried on; and even in the church, when I was taken to be baptized, I cried so loudly that the preacher, who was a passionate man, said, “The young one screams like a cat!” which words my mother never forgot. A poor emigrant, Gomar, who stood as godfather, consoled her in the mean time by saying that the louder I cried as a child, all the more beautifully should I sing when I grew older.

Our little room, which was almost filled with the shoemaker’s bench, the bed, and my crib, was the abode of my childhood; the walls, however, were covered with pictures, and over the work–bench was a cupboard containing books and songs; the little kitchen was full of shining plates and metal pans, and by means of a ladder it was possible to go out on the roof, where, in the gutters between and the neighbor’s house, there stood a great chest filled with soil, my mother’s sole garden, and where she grew her vegetables. In my story of the Snow Queen that garden still blooms.

I was the only child, and was extremely spoiled, but I continually heard from my mother how very much happier I was than she had been, and that I was brought up like a nobleman’s child. She, as a child, had been driven out by her parents to beg, and once when she was not able to do it, she had sate for a whole day under a bridge and wept. I have drawn her character in two different aspects, in old Dominica, in the Improvisatore, and in the mother of Christian, in Only a Fiddler.

My father gratified me in all my wishes. I possessed his whole heart; he lived for me. On Sundays, he made me perspective glasses, theatres, and pictures which could be changed; he read to me from Holberg’s plays and the Arabian Tales; it was only in such moments as these that I can remember to have seen him really cheerful, for he never felt himself happy in his life and as a handicrafts–man. His parents had been country people in good circumstances, but upon whom many misfortunes had fallen; the cattle had died; the farm house had been burned down; and lastly, the husband had lost his reason. On this the wife had removed with him to Odense, and there put her son, whose mind was full of intelligence, apprentice to a shoemaker; it could not be otherwise, although it was his ardent wish to be able to attend the Grammar School, where he might have learned Latin. A few well–to–do citizens had at one time spoken of this, of clubbing together a sufficient sum to pay for his board and education, and thus giving him a start in life; but it never went beyond words.