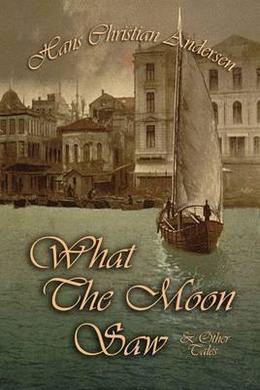 What the Moon Saw

Considered as a sequel to Stories and Tales, this book contains tales and sketches various in character; and following, as it does, an earlier volume, care has been taken to intersperse with the children’s tales stories which, by their graver character and deeper meaning, are calculated to interest those ‘children of a larger growth’ who can find instruction as well as amusement in the play of fancy and imagination, though the realm be that of fiction, and the instruction be conveyed in a simple form.

The series of sketches of What the Moon Saw, with which the present volume opens, arose from the experiences of Andersen, when as a youth he went to seek his fortune in the capital of his native land; and the story entitled Under the Willow Tree is said likewise to have its foundation in fact; indeed, it seems redolent of the truth of that natural human love and suffering which is so truly said to ‘make the whole world kin.’

It is a strange thing, that when I feel most fervently and most deeply, my hands and my tongue seem alike tied, so that I cannot rightly describe or accurately portray the thoughts that are rising within me; and yet I am a painter: my eye tells me as much as that, and all my friends who have seen my sketches and fancies say the same.

I am a poor lad, and live in one of the narrowest of lanes; but I do not want for light, as my room is high up in the house, with an extensive prospect over the neighbouring roofs. During the first few days I went to live in the town, I felt low–spirited and solitary enough. Instead of the forest and the green hills of former days, I had here only a forest of chimney–pots to look out upon. And then I had not a single friend; not one familiar face greeted me.

So one evening I sat at the window, in a desponding mood; and presently I opened the casement and looked out. Oh, how my heart leaped up with joy! Here was a well–known face at last—a round, friendly countenance, the face of a good friend I had known at home. In, fact it was the MOON that looked in upon me. He was quite unchanged, the dear old Moon, and had the same face exactly that he used to show when he peered down upon me through the willow trees on the moor. I kissed my hand to him over and over again, as he shone far into my little room; and he, for his part, promised me that every evening, when he came abroad, he would look in upon me for a few moments. This promise he has faithfully kept. It is a pity that he can only stay such a short time when he comes. Whenever he appears, he tells me of one thing or another that he has seen on the previous night, or on that same evening. “Just paint the scenes I describe to you”—this is what he said to me—”and you will have a very pretty picture–book.” I have followed his injunction for many evenings. I could make up a new “Thousand and One Nights,” in my own way, out of these pictures, but the number might be too great, after all. The pictures I have here given have not been chosen at random, but follow in their proper order, just as they were described to me. Some great gifted painter, or some poet or musician, may make something more of them if he likes; what I have given here are only hasty sketches, hurriedly put upon the paper, with some of my own thoughts interspersed; for the Moon did not come to me every evening—a cloud sometimes hid his face from me.

“Last night”—I am quoting the Moon’s own words—”last night I was gliding through the cloudless Indian sky. My face was mirrored in the waters of the Ganges, and my beams strove to pierce through the thick intertwining boughs of the bananas, arching beneath me like the tortoise’s shell. Forth from the thicket tripped a Hindoo maid, light as a gazelle, beautiful as Eve. Airy and ethereal as a vision, and yet sharply defined amid the surrounding shadows, stood this daughter of Hindostan: I could read on her delicate brow the thought that had brought her hither. The thorny creeping plants tore her sandals, but for all that she came rapidly forward. The deer that had come down to the river to quench their thirst, sprang by with a startled bound, for in her hand the maiden bore a lighted lamp. I could see the blood in her delicate finger tips, as she spread them for a screen before the dancing flame. She came down to the stream, and set the lamp upon the water, and let it float away. The flame flickered to and fro, and seemed ready to expire; but still the lamp burned on, and the girl’s black sparkling eyes, half veiled behind their long silken lashes, followed it with a gaze of earnest intensity. She knew that if the lamp continued to burn so long as she could keep it in sight, her betrothed was still alive; but if the lamp was suddenly extinguished, he was dead. And the lamp burned bravely on, and she fell on her knees, and prayed. Near her in the grass lay a speckled snake, but she heeded it not—she thought only of Bramah and of her betrothed. ‘He lives!’ she shouted joyfully, ‘he lives!’ And from the mountains the echo came back upon her, ‘he lives!’”

“Yesterday,” said the Moon to me, “I looked down upon a small courtyard surrounded on all sides by houses. In the courtyard sat a clucking hen with eleven chickens; and a pretty little girl was running and jumping around them. The hen was frightened, and screamed, and spread out her wings over the little brood. Then the girl’s father came out and scolded her; and I glided away and thought no more of the matter.

“But this evening, only a few minutes ago, I looked down into the same courtyard. Everything was quiet. But presently the little girl came forth again, crept quietly to the hen–house, pushed back the bolt, and slipped into the apartment of the hen and chickens.