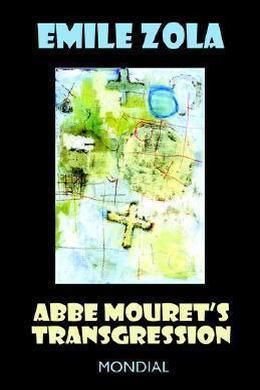 Serge Mouret, the younger son of Francois Mouret, is ordained to the priesthood and appointed Cure of Les Artaud, a squalid village in Provence, to whose degenerate inhabitants he ministers. He has inherited the family taint of the Rougon-Macquarts, which in him takes the form of a morbid religious enthusiasm bordering on hysteria. Brain fever follows, and bodily recovery leaves the priest an amnesiac. Dr. Pascal Rougon, his uncle, hoping to save his reason, removes him from his accustomed surroundings and leaves him at the Paradou, the neglected demesne of a ruined mansion-house near Les Artaud, where he is nursed by Albine, niece of the caretaker. The Abbe falls in love with Albine, and, oblivious of his vows, breaks them…

As La Teuse entered the church she rested her broom and feather-brush against the altar. She was late, as she had that day began her half-yearly wash. Limping more than ever in her haste and hustling the benches, she went down the church to ring the Angelus. The bare, worn bell-rope dangled from the ceiling near the confessional, and ended in a big knot greasy from handling. Again and again, with regular jumps, she hung herself upon it; and then let her whole bulky figure go with it, whirling in her petticoats, her cap awry, and her blood rushing to her broad face.

Having set her cap straight with a little pat, she came back breathless to give a hasty sweep before the altar. Every day the dust persistently settled between the disjoined boards of the platform. Her broom rummaged among the corners with an angry rumble. Then she lifted the altar cover and was sorely vexed to find that the large upper cloth, already darned in a score of places, was again worn through in the very middle, so as to show the under cloth, which in its turn was so worn and so transparent that one could see the consecrated stone, embedded in the painted wood of the altar. La Teuse dusted the linen, yellow from long usage, and plied her feather-brush along the shelf against which she set the liturgical altar-cards. Then, climbing upon a chair, she removed the yellow cotton covers from the crucifix and two of the candlesticks. The brass of the latter was tarnished.

‘Dear me!’ she muttered, ‘they really want a clean! I must give them a polish up!’

Then hopping on one leg, swaying and stumping heavily enough to drive in the flagstones, she hastened to the sacristy for the Missal, which she placed unopened on the lectern on the Epistle side, with its edges turned towards the middle of the altar. And afterwards she lighted the two candles. As she went off with her broom, she gave a glance round her to make sure that the abode of the Divinity had been put in proper order. All was still, save that the bell-rope near the confessional still swung between roof and floor with a sinuous sweep.

Abbe Mouret had just come down to the sacristy, a small and chilly apartment, which a passage separated from his dining-room.

‘Good morning, Monsieur le Cure,’ said La Teuse, laying her broom aside. ‘Oh! you have been lazy this morning! Do you know it’s a quarter past six?’ And without allowing the smiling young priest sufficient time to reply, she added ‘I’ve a scolding to give you. There’s another hole in the cloth again. There’s no sense in it. We have only one other, and I’ve been ruining my eyes over it these three days in trying to mend it. You will leave our poor Lord quite bare, if you go on like this.’

Abbe Mouret was still smiling. ‘Jesus does not need so much linen, my good Teuse,’ he cheerfully replied. ‘He is always warm, always royally received by those who love Him well.’

Then stepping towards a small tap, he asked: ‘Is my sister up yet? I have not seen her.’

‘Oh, Mademoiselle Desiree has been down a long time,’ answered the servant, who was kneeling before an old kitchen sideboard in which the sacred vestments were kept. ‘She is already with her fowls and rabbits. She was expecting some chicks to be hatched yesterday, and it didn’t come off. So you can guess her excitement.’ Then the worthy woman broke off to inquire: ‘The gold chasuble, eh?’

The priest, who had washed his hands and stood reverently murmuring a prayer, nodded affirmatively. The parish possessed only three chasubles: a violet one, a black one, and one in cloth-of-gold. The last had to be used on the days when white, red, or green was prescribed by the ritual, and it was therefore an all important garment. La Teuse lifted it reverently from the shelf covered with blue paper, on which she laid it after each service; and having placed it on the sideboard, she cautiously removed the fine cloths which protected its embroidery. A golden lamb slumbered on a golden cross, surrounded by broad rays of gold. The gold tissue, frayed at the folds, broke out in little slender tufts; the embossed ornaments were getting tarnished and worn. There was perpetual anxiety, fluttering concern, at seeing it thus go off spangle by spangle. The priest had to wear it almost every day. And how on earth could it be replaced–how would they be able to buy the three chasubles whose place it took, when the last gold threads should be worn out?

Upon the chasuble La Teuse next laid out the stole, the maniple, the girdle, alb and amice. But her tongue still wagged while she crossed the stole with the maniple, and wreathed the girdle so as to trace the venerated initial of Mary’s holy name.

‘That girdle is not up to much now,’ she muttered; ‘you will have to make up your mind to get another, your reverence. It wouldn’t be very hard; I could plait you one myself if I only had some hemp.’