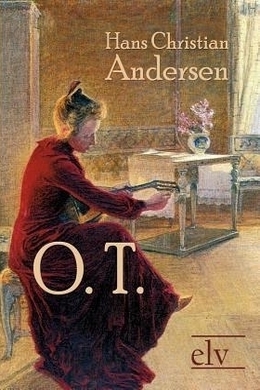 An unexpected romance novel from the author of many famous children’s stories, featuring the main character; Otto.

There is a happiness which no poet has yet properly sung, which no lady-reader, let her be ever so amiable, has experienced or ever will experience in this world. This is a condition of happiness which alone belongs to the male sex, and even then alone to the elect. It is a moment of life which seizes upon our feelings, our minds, our whole being. Tears have been shed by the innocent, sleepless nights been passed, during which the pious mother, the loving sister, have put up prayers to God for this critical moment in the life of the son or the brother.

Happy moment, which no woman, let her be ever so good, so beautiful, or intellectual, can experience–that of becoming a student, or, to describe it by a more usual term, the passing of the first examination!

The cadet who becomes an officer, the scholar who becomes an academical burgher, the apprentice who becomes a journeyman, all know, in a greater or less degree, this loosening of the wings, this bounding over the limits of maturity into the lists of philosophy. We all strive after a wider field, and rush thither like the stream which at length loses itself in the ocean.

Then for the first time does the youthful soul rightly feel her freedom, and, therefore, feels it doubly; the soul struggles for activity, she comprehends her individuality; it has been proved and not found too light; she is still in possession of the dreams of childhood, which have not yet proved delusive. Not even the joy of love, not the enthusiasm for art and science, so thrills through all the nerves as the words, “Now am I a student!”

This spring-day of life, on which the ice-covering of the school is broken, when the tree of Hope puts forth its buds and the sun of Freedom shines, falls with us, as is well known, in the month of October, just when Nature loses her foliage, when the evenings begin to grow darker, and when heavy winter-clouds draw together, as though they would say to youth,–“Your spring, the birth of the examination, is only a dream! even now does your life become earnest!” But our happy youths think not of these things, neither will we be joyous with the gay, and pay a visit to their circle. In such a one our story takes its commencement.

It was in October of the year 1829. Examen artium had been passed through. Several young students were assembled in the evening at the abode of one of their comrades, a young Copenhagener of eighteen, whose parents were giving him and his new friends a banquet in honor of the examination. The mother and sister had arranged everything in the nicest manner, the father had given excellent wine out of the cellar, and the student himself, here the rex convivii, had provided tobacco, genuine Oronoko-canaster. With regard to Latin, the invitation–which was, of course, composed in Latin–informed the guests that each should bring his own.

The company, consisting of one and twenty persons–and these were only the most intimate friends–was already assembled. About one third of the friends were from the provinces, the remainder out of Copenhagen.

“Old Father Homer shall stand in the middle of the table!” said one of the liveliest guests, whilst he took down from the stove a plaster bust and placed it upon the covered table.

“Yes, certainly, he will have drunk as much as the other poets!” said an older one. “Give me one of thy exercise-books, Ludwig! I will cut him out a wreath of vine-leaves, since we have no roses and since I cannot cut out any.”

“I have no libation!” cried a third,–“Favete linguis.” And he sprinkled a small quantity of salt, from the point of a knife, upon the bust, at the same time raising his glass to moisten it with a few drops of wine.

“Do not use my Homer as you would an ox!” cried the host. “Homer shall have the place of honor, between the bowl and the garland-cake! He is especially my poet! It was he who in Greek assisted me to laudabilis et quidem egregie. Now we will mutually drink healths! Jörgen shall be magister bibendi, and then we will sing ‘Gaudeamus igitur,’ and ‘Integer vitae.’”

“The Sexton with the cardinal’s hat shall be the precentor!” cried one of the youths from the provinces, pointing toward a rosy-cheeked companion.

“O, now I am no longer sexton!” returned the other laughing. “If thou bringest old histories up again, thou wilt receive thy old school-name, ‘the Smoke-squirter.’”

“But that is a very nice little history!” said the other. “We called him ‘Sexton,’ from the office his father held; but that, after all, is not particularly witty. It was better with the hat, for it did, indeed, resemble a cardinal’s hat. I, in the mean time, got my name in a more amusing manner.”