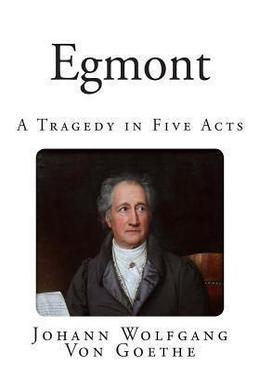 A Tragedy in Five Acts

A play written in 1787 and originally with music composed by Beethoven. Egmont is a Flemish warrior whose nemesis is the Duke of Alba. Heeventully ends up in prison, sentenced to death. In his final speech, Egmont calls to his people for freedom and to never give up the fight against their oppressors.

Soest. Come, shoot away, and have done with it! You won’t beat me! Three black rings, you never made such a shot in all your life. And so I’m master for this year.

Jetter. Master and king to boot; who envies you? You’ll have to pay double reckoning; ‘tis only fair you should pay for your dexterity.

Buyck. Jetter, I’ll buy your shot, share the prize, and treat the company. I have already been here so long, and am a debtor for so many civilities. If I miss, then it shall be as if you had shot.

Soest. I ought to have a voice, for in fact I am the loser. No matter! Come, Buyck, shoot away.

Soest. Four rings! So be it!

Buyck. Thanks, sirs, master even were too much! Thanks for the honour.

Jetter. You have no one to thank but yourself. Ruysum. Let me tell you–

Buyck. Compared with him I am only a bungler. He aims with the rifle as no one else does. Not only when he’s lucky or in the vein; no! he levels, and the bull’s-eye is pierced. I have learned from him. He were indeed a blockhead, who could serve under him and learn nothing!–But, sirs, let us not forget! A king maintains his followers; and so, wine here, at the king’s charge!

Jetter. We have agreed among ourselves that each–

Buyck. I am a foreigner, and a king, and care not a jot for your laws and customs.

Jetter. Why, you are worse than the Spaniard, who has not yet ventured to meddle with them.

Ruysum. What does he say?

Soest (loud to Ruysum). He wants to treat us; he will not hear of our clubbing together, the king paying only a double share.

Ruysum. Let him! under protest, however! ‘Tis his master’s fashion, too, to be munificent, and to let the money flow in a good cause. (Wine is brought.)

All. Here’s to his Majesty! Hurrah!

Jetter (to Buyck). That means your Majesty, of course, Buyck. My hearty thanks, if it be so.

Soest. Assuredly! A Netherlander does not find it easy to drink the health of his Spanish majesty from his heart.

Ruysum. Our most gracious king and master! Long life to him.

Soest. Did you not like his father, Charles the Fifth, better?

Ruysum. God bless him! He was a king indeed! His hand reached over the whole earth, and he was all in all. Yet, when he met you, he’d greet you just as one neighbour greets another,–and if you were frightened, he knew so well how to put you at your ease–ay, you understand me–he walked out, rode out, just as it came into his head, with very few followers. We all wept when he resigned the government here to his son. You understand me–he is another sort of man, he’s more majestic.

Jetter. When he was here, he never appeared in public, except in pomp and royal state. He speaks little, they say.

Soest. He is no king for us Netherlanders. Our princes must be joyous and free like ourselves, must live and let live. We will neither be despised nor oppressed, good-natured fools though we be.

Jetter. The king, methinks, were a gracious sovereign enough, if he had only better counsellors.

Soest. No, no! He has no affection for us Netherlanders; he has no heart for the people; he loves us not; how then can we love him? Why is everybody so fond of Count Egmont? Why are we all so devoted to him? Why, because one can read in his face that he loves us; because joyousness, open-heartedness, and good-nature, speak in his eyes; because he possesses nothing that he does not share with him who needs it, ay, and with him who needs it not. Long live Count Egmont! Buyck, it is for you to give the first toast; give us your master’s health.

Buyck. With all my heart; here’s to Count Egmont! Hurrah!

Buyck. The hero of Gravelines.