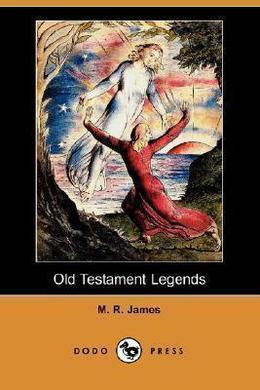 This collection is a series of stories not found in the Bible, but found in other works he translated. Among these stories are Adam, about how God showed Adam and Eve how to live outside of Eden, and Solomon and the Demons, the story of how Solomon tamed the demons told from the point of view of the King.

When Adam and Eve were driven out of the Garden of Eden, they were as helpless as little children. They knew nothing of day or night, heat or cold; they could not kindle a fire to warm themselves, nor till the ground to grow food. They had as yet no clothes to wear and no shelter against rain or sun. As long as they were in the garden, it was always light and warm, and their bodies were so fashioned that they had no need of food or sleep or of protection against the burning of the sun; but since they had eaten of the Tree of Knowledge, they had become like us. Moreover, all the beasts and birds were friendly with them; but now they knew that it was not so, and that they had no defence if any fierce animal chose to attack them; and, more than all, they knew that they had a cruel enemy lying in wait for them outside the garden, even Satan, who had hated them from the first, and had brought about their fall by means of the serpent. And so it was that when they came out of the gate of the garden and saw the earth stretched out before them, covered with rocks and sand, and found themselves in a strange land where there was no one to guide them, they fell down on their faces, and became as dead, because of the misery and sorrow which they felt. But God looked upon them and sent His Word to raise them up and comfort them; and showed them a place not very far from the garden where there was a cave; and told them that they were to live there. Now this was the cave which was afterwards called the Cave of Treasures.

When first they entered into the cave, they did nothing but weep and lament: not only because they had lost the garden, but also because for the first time the sky was hidden from them by the roof of the cave; for as yet they had never been in any place where they could not see it. But when the sun set and there was darkness outside the cave as well as inside, they were frightened beyond measure; for they said, “It is because of what we have done: the light is gone out of the heavens, and will come back no more.” Then the Word of God spake to them and said, “Be comforted; it is only so for a few hours, and the light will return to you.” And they remained praying and weeping in the cave until the darkness began to grow less. After that the sun rose, and Adam went to the mouth of the cave, and it shone full upon him, and he felt the burning heat of it on his body for the first time, and thought that it was God who had come to afflict and punish him; and he beat upon his breast and prayed for mercy. But God said, “This sun is not God; it is created to give light to the world, and every day it will rise in like manner, and travel over the heavens and set, as you have seen it. I am God, who comforted you in the night.”

Then Adam and Eve took courage, and came out of the cave, and thought they would go towards the garden; and when they came near to the gate by which they had been driven out of it, they met the serpent. Now before it tempted Eve and became accursed, the serpent had been the most beautiful of all the creatures. Its head was of all the colours of the most beautiful jewels; it had eyes like emeralds, and a melodious voice; it had slender and graceful legs, and it fed on perfumed flowers and delicious fruits. Now it was loathsome to look upon; it wriggled on its belly in the dust, and all creatures spurned and hated it. And when it saw Eve it was enraged to think of the curse that had come upon it through her, and it raised itself up and darted at her, and its eyes became blood-red with anger. Then Adam, who had nothing in his hand wherewith to defend Eve, ran and caught it by the tail, but it turned upon him and coiled about him and Eve with its body and began to crush them; and it said, “It is because of you that I am compelled to trail in the dust and have lost my beauty.” And they cried out for fear. But God sent an angel who caught hold of the serpent and loosed them, and smote the serpent with dumbness, so that thereafter it could only hiss. And a great wind came and took it up, and cast it away upon the seashore of India.