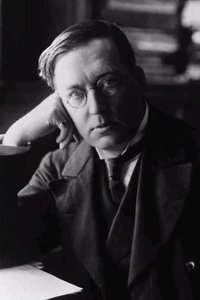 Montague Rhodes James was an English author, medievalist scholar and provost of King’s College, Cambridge (1905–18), and of Eton College (1918–36). He is best remembered for his ghost stories, which are regarded as among the best in the genre. James redefined the ghost story for the new century by abandoning many of the formal Gothic clichés of his predecessors and using more realistic contemporary settings. However, James’s protagonists and plots tend to reflect his own antiquarian interests. Accordingly, he is known as the originator of the “antiquarian ghost story”.

Renowned for their wit, erudition and suspense, these stories are each masterfully constructed and represent a high achievement in the ghost genre. The ...read more »

This collection is a series of stories not found in the Bible, but found in other works he translated. Among these stories are Adam, about how God showe...read more »

Here is a fascinating journey into a world none of us mere mortals can usually see: a world of weird enchantment, where all is not as it seems, where fa...read more »