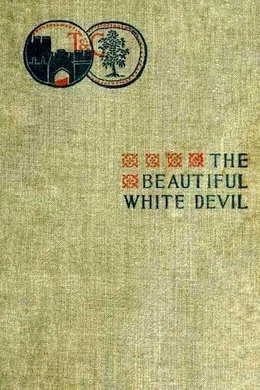 Get set for a rip-roaring romp around the world in Guy Newell Boothby’s The Beautiful White Devil. Packing in plenty of action and romance, this novel follows the exploits of a beguiling criminal mastermind who steals the heart of the tale’s protagonist.

The night was sweltering hot, even for Hong Kong. The town clock had just chimed a quarter-past ten, and though the actual sound of the striking had died away, the vibration of the bells lingered for nearly half a minute on the murky stillness of the air. In spite of the exertions of the punkah coolie, the billiard-room of the Occidental Hotel was like the furnace-doors of Sheol. Benwell, of the Chinese Revenue cutter Y-Chang, and Peckle, of the English cruiser Tartaric, stripped nearly to the buff, were laboriously engaged upon a hundred up; while Maloney, of the San Francisco mail-boat, and I, George De Normanville, looked on, and encouraged them with sarcasms and utterly irrational advice. Between times the subdued jabbering of a group of rickshaw coolies, across the pavement, percolated in to us, and mingled with the click of the billiard balls and the monotonous whining of the punkah rope; then the voice of a man in the verandah upstairs, singing to the accompaniment of a banjo, drifted down, and set us beating time with our heels upon the wooden floor.

The words of the song seemed strangely out of place in that heathen land, so many thousand miles removed from Costerdom. But the wail of the music had quite a different effect. The singer’s voice was distinctly a good one, and he used it with considerable ability:

Half a dozen other voices took up the chorus, and sent it rolling away over the litter of sampans alongside the wharf, out to where the red and blue funnel boats lay at anchor half a mile distant. The two players chalked their cues and stopped to participate.

The music ceased amid a burst of applause.

“Give me the rest, you almond-eyed lubber,” cried Peckle with sudden energy; “we’ll return to business, for I’ll be hanged if I’m going to let myself be beaten by the bo’sun tight and the midshipmite of a bottle-nosed, unseaworthy Chinese contraband.”

Maloney knocked the ash off his cigar on his chair-arm and said, by way of explanation, “Our friend Peckle, gentlemen, chowed last night at Government House. He hasn’t sloughed his company manners yet.”

Benwell sent the red whizzing up the table into the top pocket, potted his opponent into the right-hand middle, by way of revenge, and then gave the customary miss in baulk.

“A Whitechapel game and be hanged to you,” said Peckle contemptuously. “I’ll bet you a dollar I—-Hullo! who’s this? Poddy, by all that’s human! Watchman, what of the night? Why this indecent haste?”

The newcomer was a short podgy man, with a clean-shaven red face, white teeth, very prominent eyes, large ears, and almost marmalade-coloured hair. He was in a profuse perspiration, and so much out of breath that for quite two minutes he was unable to answer their salutations.

“Poddy is suffering from a bad attack of suppressed information,” said Benwell, who had been examining him critically. “Better prescribe for him, De Normanville. Ah, I forgot, you don’t know one another. Let me introduce you–Mr. Horace Venderbrun, Dr. De Normanville. Now you’re acquent, as they say in the farces.”

“Out with it, Poddy,” continued Peckle, digging him in the ribs with the butt of his cue. “If you don’t tell us soon, we shall be sorrowfully compelled to postpone our engagements to-morrow in order to witness your interment in the Happy Valley.”

“Well, in the first place,” began Mr. Venderbrun, “you must know—-“

“Shut up, Peckle, and give the minstrel a chance. Now, my Blondel, pipe your tuneful lay.”

“You must know that the Oodnadatta—-“

“Well–well, Skipper–Perkins, martinet and teetotaller; chief officer, Bradburn, otherwise the China Sea Liar! What about her? She sailed this evening for Shanghai?”