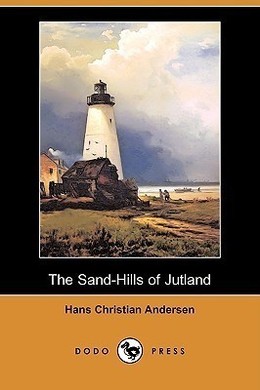 The Sand-Hills of Jutland

A collection of short stories by Hans Christian Anderson, set in beautiful surroundings with lively description of the characters and the ambiance. The variety of subjects keeps the readers thoroughly entertained. The flow is quite spontaneous.

This is a story from the Jutland sand-hills, but it does not commence there; on the contrary, it commences far away towards the south, in Spain. The sea is the highway between the two countries. Fancy yourself there. The scenery is beautiful; the climate is warm. There blooms the scarlet pomegranate amidst the dark laurel trees; from the hills a refreshing breeze is wafted over the orange groves and the magnificent Moorish halls, with their gilded cupolas and their painted walls. Processions of children parade the streets with lights and waving banners; and, above these, clear and lofty rises the vault of heaven, studded with glittering stars. Songs and castanets are heard; youths and girls mingle in the dance under the blossoming acacias; whilst beggars sit upon the sculptured blocks of marble, and refresh themselves with the juicy water-melon. Life dozes here: it is all like a charming dream, and one indulges in it. Yes, thus did two young newly-married persons, who also possessed all the best gifts of earth–health, good humour, riches, and rank.

“Nothing could possibly exceed our happiness,” they said in the fulness of their joyful hearts; yet there was one degree of still higher happiness to which they might attain, and that would be when God blessed them with a child–a son, to resemble them in features and in disposition.

That fortunate child would be hailed with rapture; would be loved and daintily cared for; would be the heir to all the advantages that wealth and high birth can bestow.

The days flew by as a continual festival to them.

“Life is a merciful gift of love–almost inconceivably great,” said the young wife; “but the fulness of this happiness shall be tasted in that future life, when it will increase and exist to all eternity. The idea is incomprehensible to me.”

“That is only an assumption among mankind,” said her husband. “In reality, it is frightful pride and overweening arrogance to think that we shall live for ever–become like God. These were the serpent’s wily words, and he is the father of lies.”

“You do not, however, doubt that there is a life after this one?” asked his wife; and for the first time a cloud seemed to pass over their sunny heaven of thought.

“Faith holds forth the promise of it, and the priests proclaim it,” said the young man; “but, in the midst of all my happiness, I feel that it would be too craving, too presumptuous, to demand another life after this one–a happiness to be continual. Is there not so much granted in this existence that we might and ought to be content with it?”

“To us–yes, there has been much granted,” replied the young wife; “but to how many thousands does not this life become merely a heavy trial? How many are not, as it were, cast into this world to be the victims of poverty, wrangling, sickness, and misfortune? Nay, if there were no life after this one, then everything in this globe has been unequally dealt out; then God would not be just.”

“The beggar down yonder has joys as great, to his ideas, as are those of the monarch in his splendid palace to him,” said the young man; “and do you not think that the beasts of burden, which are beaten, starved, and toiled to death, feel the oppressiveness of their lot? They also might desire another life, and call it unjust that they had not been placed amidst a higher grade of beings.”

“In the kingdom of heaven there are many mansions, Christ has told us,” answered the lady. “The kingdom of heaven is infinite, as is the love of God. The beasts of the field are also His creation; and my belief is that no life will be extinguished, but will win that degree of happiness which may be suitable to it, and that will be sufficient.”

“Well, this world is enough for me,” said her husband, as he threw his arms round his beautiful, amiable wife, and smoked his cigarette upon the open balcony, where the deliciously cool air was laden with the perfume of orange trees and beds of carnations. Music and the sound of castanets arose from the street beneath; the stars shone brightly above; and two eyes full of affection, the eyes of his charming wife, looked at him with love which would live in eternity.

“Such moments as these,” he exclaimed, “are they not well worth being born for–born to enjoy them, and then to vanish into nothingness?”

He smiled; his wife lifted her hand and shook it at him with a gesture of mild reproach, and the cloud had passed over–they were too happy.