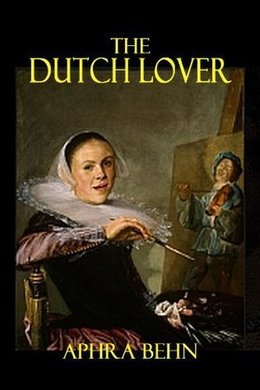 Sil. Why–I would have thee do–I know not what– Still to be with me–yet that will not satisfie; To let me–look upon thee–still that’s not enough. I dare not say to kiss thee, and imbrace thee; That were to make me wish–I dare not tell thee what.

Lo. Dear Alonzo! I shall love a Church the better this Month for giving me a sight of thee, whom I so little expected in this part of the World, and less in so sanctifi’d a Place. What Affair could be powerful enough to draw thee from the kind obliging Ladies of Brabant?

Alon. First the sudden Orders of my Prince Don John, and next a fair Lady.

Lo. A Lady! Can any of this Country relish with a Man that has been us’d to the Freedom of those of Bruxels, from whence I suppose you are now arriv’d?

Alon. This morning I landed, from such a Storm, as set us all to making Vows of Conversion, (upon good Conditions) and that indeed brought me to Church.

Lo. In that very Storm I landed too, but with less Sense of Danger than you, being diverted with a pleasant Fellow that came along with me, and who is design’d to marry a Sister of mine against my Will– And now I think of him, Gload, where hast thou left this Master of thine?

Glo. At the Inn, Sir, in as lamentable a Pickle, as if he were still in the Storm; recruiting his emptyed Stomach with Brandy, and railing against all Women-kind for your Sister’s sake, who has made him undertake this Voyage.

Alon. Prithee what thing is this?

Lo. Why, ‘tis the Cashier to this Squire I spoke of, a Man of Business, and as wise as his Master, but the graver Coxcomb of the two. But this Lady, Alonzo, who is this Lady thou speak’st of? shall not I know her? We were wont to divide the Spoils of Beauty, as well as those of War between us.

Alon. O but this is no such Prize, thou wouldst hardly share this with the Danger, there’s Matrimony in the Case.

Lo. Nay, then keep her to thy self, only let me know who ‘tis that can debauch thee to that scandalous way of Life; is she fair? will she recompense the Folly?

Alon. Faith, I know not, I never saw her yet, but ‘tis the Sister of Marcel, whom we both knew last Summer in Flanders, and where he and I contracted such a Friendship, that without other Consideration he promis’d me Hippolyta, for that’s his Sister’s Name.

Lo. But wo’t thou really marry her?

Alon. I consider my Advantage in being allied to so considerable a Man as Ambrosio, her Father; I being now so unhappy as not to know my Birth or Parents.

Lo. I have often heard of some such thing, but durst not ask the Truth of it.

Alon. ‘Tis so, all that I know of my self is, that a Spanish Souldier, who brought me up in the Army, dying, confest I was not his Son, (which till then I believ’d) and at the Age of twelve left me to shift for my self: the Fortune he inrich’d me with, was his Horse and Arms, with a few Documents how to use them, as I had seen him do with good success: This Servant, [Points to Pedro] and a Crucifix of Value. And from one Degree to another, I arriv’d to what you knew me, Colonel of the Prince’s Regiment, and the Glory of his Favour.

Lo. Honour is the Child of Virtue, and finds an Owner every where.

Alon. Oh, Sir, you are a Courtier, and have much the odds of a Souldier in Parleys of this nature: but hither I am come–

Alon. I confess I am not altogether so brisk as I should have been upon another Occasion; you know, Lovis, I have been us’d to Christian Liberty, and hate this formal Courtship. Pox on’t, wou’d ‘twere over.

Lo. Where all Parties are agreed, there’s little need of that; and the Ladies of Spain, whatever Gravity they assume, are as ready as any you ever met withal.

Alon. But there’s a damn’d Custom that does not at all agree with Men so frank and gay as thou and I; there’s a deal of Danger in the Atchievement, which some say heightens the Pleasure, but I am of another Opinion.

Ped. Sir, there is a Female in a Veil has follow’d us ever since we came from Church.

Alon. Some amorous Adventure: See [Enter _Olinda.] she advances: Prithee retire, there may be danger in it. [Puts _Lovis back.

Lo. Oh then, I must by no means leave you. [Lovis advances.

Olin. Which of these two shall I chuse? [She looks on both. Sir, you appear a Stranger. [To Lovis.

Alon. We are both so, Lady.

Olin. I shall spoil all, and bring [She looks again on both.] the wrong. Sir, you should be a Cavalier, that–

Alon. Would gladly obey your Orders.

Lo. Nay, I find ‘tis all one to you which you chuse, so you have one of us: but would not both do better?

Olin. No, Sir, my Commission’s but to one.

Alon. Fix and proceed then, let me be the Man.