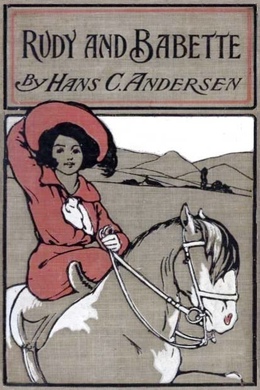 Capture of The Eagle's Nest

Written towards the end of Andersen’s career, Rudy and Babette tells the tale of Rudy, a boy who lost both his parents and goes to live with his uncle. Rudy had an ‘encounter’ with The Ice Maiden who continues to interact with him into adulthood. As the story goes forward Rudy meets and falls in love with a girl, Babette, and they are to be married, but…

Let us now go to Switzerland, and see its wonderful mountains, whose steep, rocky sides are covered with trees. We will climb up to the fields of snow, and then make our way down to the grassy valleys, with their countless streams and rivulets, impetuously rushing to lose themselves in the sea. The sunshine is hot in the narrow valley; the snow becomes firm and solid, and in the course of time it either descends as an avalanche, or creeps along as a glacier. There are two of these glaciers in the valleys below the Schreckhorn and the Wetterhorn, near the long village of Grindelwald. They are a remarkable sight, and therefore many travelers from all countries come in the summer to visit them: they come over the high mountains covered with snow, they traverse the deep valleys; and to do this they must climb, hour after hour, leaving the valley far beneath them, till they see it as if they were in an air-balloon. The clouds hang above them like thick mists over the mountains, and the sun’s rays make their way through the openings between the clouds to where the brown houses lie spread, lighting up some chance spot with a vivid green. Below, the stream foams and blusters; but above it murmurs and ripples, and looks like a band of silver hanging down the side of the rock.

On either side of the path up the mountain lie wooden houses. Each house has its little plot of potatoes; and this they all require, for there are many children, and they all have good appetites. The children come out to meet every stranger, whether walking or riding, and ask him to buy their carved wooden châlets, made like the houses they live in. Be it fine or be it wet, the children try to sell their carvings.

About twenty years since you might have seen one little boy standing apart from the others, but evidently very desirous to dispose of his wares. He looked grave and sad, and held his little tray tightly with both hands as if he was afraid of losing it. This serious look and his small size caused him to be much noticed by travelers, who often called him and purchased many of his toys, though he did not know why he was so favored. His grandfather lived two miles off among the mountains, where he did his carving. He had a cabinet full of the things he had made. There were nut-crackers, knives and forks, boxes carved with leaves and chamois, and many toys for children; but little Rudy cared for nothing so much as for an old gun, hanging from a rafter in the ceiling, for his grandfather had told him it should be his own when he was big enough to know how to use it.

Though the boy was little, he was set in charge of the goats; and Rudy could climb as high as any of his flock, and was fond of climbing tall trees after birds’ nests. He was brave and high-spirited, but he never smiled except when he watched the foaming cataract, or heard the thundering roar of an avalanche. He never joined in the children’s games, and only met them when his grandfather sent him to sell his carvings; and this employment Rudy did not much like. He would rather wander alone amongst the mountains, or sit by his grandfather while he told him stories of former ages, or of the people who lived at Meiningen, from whence he had come. He told him they had not always lived there, but had come from a distant northern country called Sweden. Rudy took great pride in this knowledge; but he also learnt much from his four-footed friends. He had a large dog, named Ajola, who had been his father’s; and he had also a tom-cat who was his particular friend, for it was from him he had learnt how to climb.

“Come with me on the roof,” the cat said to him; for when children have not learnt to talk, they can understand the speech of birds and animals quite as well as that of their father and mother; but that is only while they are very little, and their grandfather’s stick seems as good as a live horse, with head, legs, and tail. Some children lose this later than others, and we call them backward. People say such funny things!

“Come with me, little Rudy, on the roof,” was one of the first things the cat had said which Rudy had understood: “it is all imagination about falling; you don’t fall if you are not afraid. Come; put one of your paws so, and the other so! Feel for yourself with your fore-paws! Use your eyes and be active; and if there’s a crevice, just spring and take firm hold, as I do!”

Rudy did as he was told, and you might often have seen him sitting beside the cat on the top of the roof; afterwards they climbed together to the tops of the trees, and Rudy even found his way to the rocky ledges which were quite out of the cat’s reach.

“Higher! higher!” said the trees and the bushes; “see how we can climb. We stretch upwards, and take firm hold of the highest and narrowest ledges of the rocks.”