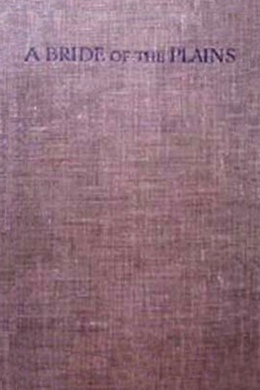 A Bride of the Plains

The story is set in Hungary and the scene is laid in a village close to the Maros. On this particular fourteenth of September it is Andor’s turn to go unwillingly into the army for three years. On the eve preceding it, at the village merrymaking, as the whole population spends its last happy hours trying to forget the hideous events that will occur in the morning, he tokens himself to Elsa the village beauty. When Andor returns from Bosnia, his village has changed, but so has he.

“God bless them all! they are good lads.”

It was now close on eight o’clock and more than two hours ago since first the dawn broke over that low-lying horizon line which seems so far away, and tinged the vast immensity of the plain first with grey and then with mauve and pale-toned emerald, with rose and carmine and crimson and blood-red, until the sun–triumphant and glorious at last–woke the sunflowers from their sleep, gilded every tiny blade of grass and every sprig of rosemary, and caused every head of stately maize to quiver with delight at the warmth of his kiss.

The plain stretched its limitless expanse as far as human eye can reach–a sea of tall straight stems, with waves of brilliant green and plume-crowned crests shimmering like foam in the sunlight.

As far as human eye can see!–and further, much further still!–the sea of maize, countless upright stems, hundreds of thousands of emerald green sheaths crowned with flaxen tendrils like a maiden’s hair; down on the ground–a carpet for the feet of the majestic corn–hundreds and thousands of orange-coloured pumpkins turning their huge shiny carcases to the ripening rays of the sun, and all around in fantastic lines, rows of tall sunflowers, a blaze of amber, with thick velvety hearts laden with seed.

And all of it stretching out apparently to infinity beyond that horizon line which is still hidden by a silvery haze, impalpable womb that cradles the life-giving heat.

Stately stems of maize–countless as the pebbles on a beach, as the specks of foam upon the crest of a wave, limitless as the sea and like the sea mutable, ever-changing, restless–bending to every breath of the summer breeze, full of strange, sweet sounds, of moanings and of sighs, as the emerald sheaths tremble in the wind, or down below the bright yellow carcases of the pumpkins crack and shiver in the growing heat.

An ocean of tall maize and gaily-coloured pumpkins as far as the eye can reach, and long, dividing lines of amber-coloured sunflowers, vivid and riotous, flaunting their crude colouring in the glowing sunlight.

Here and there the dull, dark green of hemp breaks the unvarying stretches of maize, and far away there is a tanya (cottage) with a group of stunted acacias near it, and a well whose tall, gaunt arm stretches weirdly up to the sky, whilst to the south the sluggish Maros winds its slow course lazily toward the parent stream.

An ocean of maize and of pumpkins and of sunflowers, with here and there the tall, crested stems of hemp, and above it the sky–blue and already glowing through the filmy mist which every minute grows more ethereal and more impalpable as veil upon veil of heat-holding vapours are drawn from before its face.

A beautiful morning in mid-September, and yet in all this vast immensity of fertile land and ripening fruit there is no sign of human toil, no sound of beast or creaking waggon, no sign of human life around that distant tanya.

The tiny lizard in his comfortable position on the summit of a gigantic pumpkin can continue his matutinal sleep in peace; the stork can continue undisturbed his preparations for his impending long voyage over seas. Man has not yet thought to break by travail or by song the peaceful silence of the plain.

And yet the village lies not very far away, close to the Maros; the small, low, hemp-thatched houses scarcely peep above the sea of tall-stemmed maize, only the white-washed tower of the church with its red-painted roof stands out clear and abrupt against the sky.

And now the sharp, cracked sound of the Elevation bell breaks the silence of the summer’s morning. The good Pater Bonifácius is saying Mass; he, at any rate, is astir and busy with his day’s work and obligations. Surely it is strange that at so late an hour in mid-September, with the maize waiting to be gathered in, the population of Marosfalva should still be absent from the fields.

Hej! But stranger, what would you! Such a day is this fourteenth of September.

What? You did not know it? The fourteenth of September, the ugliest, blackest, most God-forsaken day in the whole year!

You did not know? You cannot guess? Then what kind of a stranger are you if you do not know that on this hideous fourteenth of September all the finest lads of Marosfalva and the villages around are taken away by the abominable government? Away for three years to be made into soldiers, to drill and to march, to carry guns and bayonets, to obey words of command that they don’t understand, to be packed off from place to place–from Arad to Bistricz, from Kecskemét to Nagyvárad, aye? and as far as Bosnia too–wherever that may be!