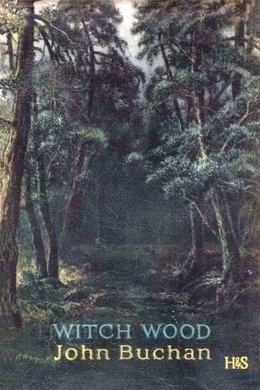 Set against the religious struggles and civil wars of seventeenth century Scotland, John Buchan’s gripping atmospheric tale in the spirit of Stevenson and Neil Munro. As a moderate presbyterian minister, young David Sempill disputes with the extremists of his faith, as all around, the defeated remnants of Montrose’s men are being harried and slaughtered. There are still older conflicts to be faced however, symbolised by the presence of the Melanudrigall Wood, a last remnant of the ancient Caledonian forest. Here there is black magic to be uncovered, but also the more positive pre-Christian intimations of nature worship. In such setting, and faced with the onset of the plague, David Sempill’s struggle and eventual disappearance take on a strange and timeless aspect in what was John Buchan’s own favourite among his many novels.

The Reverend David Sempill began his ministry in Woodilee on the fifteenth day of August in the year of grace sixteen hundred and forty-four. He was no stranger to the glen, for as a boy he had spent his holidays with his grandfather, who was the miller of Roodfoot. In that year when the horn of the Kirk was exalted the voice of a patron mattered less; Mr. Sempill had been, as they said, “popularly called,” and so entered upon his office with the eager interest of the parish which had chosen him. A year before he had been licensed by the presbytery of Edinburgh; he was ordained in Woodilee in the present year on the last Sabbath of June, and “preached in” on the first Sabbath of August by the weighty voice of Mungo Muirhead, the minister of Kirk Aller. His plenishing–chiefly books–had come from Edinburgh on eight pack- horses, and, having escaped the perils of Carnwath Moss, was now set out in an upper chamber of the little damp manse, which stood between the kirk and Woodilee burn. A decent widow woman, Isobel Veitch by name, had been found to keep his house, and David himself, now that all was ready, had ridden over on his grey cob from his cousin’s at Newbiggin and taken seisin of his new home. He had sung as he came in sight of Woodilee; he had prayed with bowed head as he crossed the manse threshold; but as he sat in the closet which he named his “study,” and saw his precious books on the shelf, and the table before him on which great works would be written, and outside the half-glazed window the gooseberry bushes of the garden and the silver links of the burn, he had almost wept with pure gratitude and content.

His first hour he had spent exploring his property. The manse was little and squat, and gave lodging in its heather-thatched roof to more than one colony of bees. The front abutted on the kirkton road, save for a narrow strip of green edged with smooth white stones from the burn. The back looked on a garden, where stood a score of apple trees, the small wild fruit of which was scarcely worth the gathering. There was also a square of green for bleaching clothes, a gean tree, a plot of gillyflowers and monkshood, and another of precious herbs like clary, penny-royal, and marjoram. At one end of the manse stood a brewhouse and a granary or girnel, for the storing of the minister’s stipend meal; at the other a stable for two beasts, a byre with three stalls, a hen-house of mud, and, in the angle of the dykes of the kirk loan, a midden among nettles.

Indoors the place was not commodious, and even on that warm August day a chill struck upward from the earthen floors. The low-ceiled lobby had no light but the open door. To the right of it was the living-room with a boarded ceiling, a wooden floor, and roughly plastered walls, where the minister’s eight-day clock (by John Atchison, Leith, 1601) had now acclimatized itself. To the left lay Isobel’s kitchen, with a door leading to the brewhouse, and Isobel’s press-bed at the back of it, and a small dog-hole of a cellar. The upper story was reached by a wooden staircase as steep as a ladder, which opened direct into the minister’s bedroom–an apartment of luxury, for it had a fireplace. One door led from it to the solitary guest-chamber; another to a tiny hearthless room, which was his study or closet, and which at the moment ranked in his mind as the most miraculous of his possessions.

David ranged around like a boy back from school, and indeed with his thick, sandy hair and ruddy countenance and slim, straight back he seemed scarcely to have outgrown the schoolboy. He spilt the browst in the brewhouse, and made a spectacle of himself with pease-meal in the girnel. Isobel watched him anxiously out of doors, where he sampled the fruit of the apple trees, and with various rejected specimens took shots at a starling in the glebe. Then, in response to his shouts, she brought him a basin of water and he washed off the dust of his morning ride. The August sun fell warm on the little yard; the sound of the burn in the glen, the clack of the kirkton smithy, the sheep far off on Windyways, the bees in the clove gillyflowers, all melted into the soothing hum of a moorland noontide. The minister smiled as he scrubbed his cheeks, and Isobel’s little old puckered apple-hued face smiled back. “Ay, sir,” she said, “our lines is fallen intil a goodly place and a pleasant habitation. The Lord be thankit.” And as he cried a fervent amen and tossed the towel back to her, a stir at the front door betokened his first visitors.