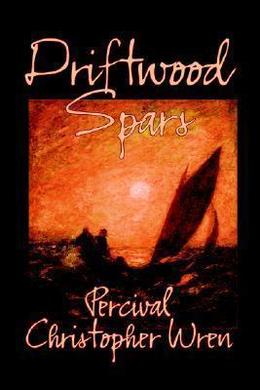 The Stories of a Man, a Boy, a Woman, and Certain Other People Who Strangely Met Upon the Sea of Life

“Peace, fool Art blind as Ibrahim Mahmud the Weeper,” growled that burly Native Officer as the zealous and overanxious young sentry cried out and pointed to where, in the moonlight, the returning reconnoitering-patrol was to be seen as it emerged from the lye-bushes of the dry river-bed. A recumbent comrade of the outpost sentry group sniggered.

Truth is stranger than fiction, and many of the coincidences of real life are truly stranger than the most daring imaginings of the fictionist.

Now, I, Major Michael Malet-Marsac, happened at the moment to be thinking of my dear and deeply lamented friend John Ross-Ellison, and to be pondering, for the thousandth time, his extraordinary life and more extraordinary death. Nor had I the very faintest notion that the Subedar-Major had ever heard of such a person, much less that he was actually his own brother, or, to be exact, his half-brother. You see I had known Ross-Ellison intimately as one only can know the man with whom one has worked, soldiered, suffered, and faced death. Not only had I known, admired and respected him–I had loved him. There is no other word for it; I loved him as a brother loves a brother, as a son loves his father, as the fighting-man loves the born leader of fighting-men: I loved him as Jonathan loved David. Indeed it was actually a case of “passing the love of women” for although he killed Cleopatra Dearman, the only woman for whom I ever cared, I fear I have forgiven him and almost forgotten her.

But to return to the Subedar-Major. “Peace, fool! Art blind as Ibrahim Mahmud the Weeper,” growled that burly Native Officer as the zealous and over-anxious young sentry cried out and pointed to where, in the moonlight, the returning reconnoitring-patrol was to be seen as it emerged from the lye-bushes of the dry river-bed.

A recumbent comrade of the outpost sentry group sniggered.

My own sympathies were decidedly with the sentry, for I had fever, and “fever is another man”. In any case, hours of peering, watching, imagining and waiting, for the attack that will surely come–and never comes–try even experienced nerves.

“And who was Ibrahim the Weeper, Subedar-Major Saheb?” I inquired of the redoubtable warrior as he joined me.

“And what made him so blind as to be for a proverb unto you?”

“Just some little drops of water, Sahib, nothing more,” replied the big man with a smile that lifted the curling moustache and showed the dazzling perfect teeth.

It was bitter, bitter cold–cold as it only can be in hot countries (I have never felt the cold in Russia as I have in India) and the khaki flannel shirt, khaki tunic, shorts and putties that had seemed so hot in the cruel heat of the day as we made our painful way across the valley, seemed miserably inadequate at night, on the windy hill-top. Moreover I was in the cold stage of a go of fever, and to have escaped sunstroke in the natural oven of that awful valley at mid-day seemed but the prelude to being frost-bitten on the mountain at midnight. Subedar-Major Mir Daoud Khan Mir Hafiz Ullah Khan appeared wholly unaffected by the 100° variation in temperature, but then he had a few odd stone of comfortable fat and was bred to such climatic trifles. He, moreover, knew not fever, and, unlike me, had not experienced dysentery, malaria, enteric and pneumonia fairly recently.

“And had the hand of your brother anything to do with the little drops of water that made Ibrahim the Weeper so blind?” I asked.

“Something, Sahib,” replied Mir Daoud Khan with a laugh, “but the hand of Allah had more than that of my brother. It is a strange story. True stories are sometimes far stranger than those of the bazaar tale-tellers whose trade it is to invent or remember wondrous tales and stories, myths, and legends.”

“We have a proverb to that effect, Mir Saheb. Let us sit in the shelter of this rock and you shall tell me the story. Our eyes can work while tongue and ear play–or would you sleep?”

“Nahin, Sahib! Am I a Sahib that I should regard night as the time wholly sacred to sleep and day as the time when to sleep is sin? I will tell the Sahib the tale of the Blindness of Ibrahim Mahmud the Weeper, well knowing that he, a truth-speaker, will believe the truth spoken by his servant. To no liar would it seem possible.

“Know then, Sahib, that this brother of mine was not my mother’s son, though the son of my father (Mir Hafiz Ullah Khan Mir Faquir Mahommed Afzul Khan), who was the youngest son of His Highness the Jam Saheb of Mekran Kot in Kubristan. And he, my father, was a great traveller, a restless wanderer, and crossed the Black Water many times. To Englistan he went, and without crossing water he also went to the capital of the Amir of Russia to say certain things, quietly, from the King of Islam, the Amir of Afghanistan. To where the big Waler horses come from he also went, and to where they take the camels for use in the hot and sandy northern parts.”