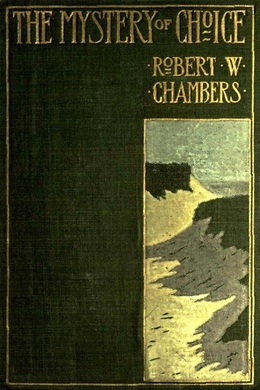 The Mystery of Choice

These classic tales, centering on an American in Breton and a local French girl include stories about the murder of a butterfly collector and the haunting spirit of a renegade priest. An eerie and macabre collection of stories, which include; The Purple Emperor, Pompe Funebre, The Messenger, The White Shadow, Passeur, The Key to Grief, A Matter of Interest, and Envoy.

The Purple Emperor watched me in silence. I cast again, spinning out six feet more of waterproof silk, and, as the line hissed through the air far across the pool, I saw my three flies fall on the water like drifting thistledown. The Purple Emperor sneered.

“You see,” he said, “I am right. There is not a trout in Brittany that will rise to a tailed fly.”

“They do in America,” I replied.

“And trout take a tailed fly in England,” I insisted sharply.

“Now do I care what things or people do in England?” demanded the Purple Emperor.

“You don’t care for anything except yourself and your wriggling caterpillars,” I said, more annoyed than I had yet been.

The Purple Emperor sniffed. His broad, hairless, sunburnt features bore that obstinate expression which always irritated me. Perhaps the manner in which he wore his hat intensified the irritation, for the flapping brim rested on both ears, and the two little velvet ribbons which hung from the silver buckle in front wiggled and fluttered with every trivial breeze. His cunning eyes and sharp-pointed nose were out of all keeping with his fat red face. When he met my eye, he chuckled.

“I know more about insects than any man in Morbihan–or Finistère either, for that matter,” he said.

“The Red Admiral knows as much as you do,” I retorted.

“And his collection of butterflies is twice as large as yours,” I added, moving down the stream to a spot directly opposite him.

“It is, is it?” sneered the Purple Emperor. “Well, let me tell you, Monsieur Darrel, in all his collection he hasn’t a specimen, a single specimen, of that magnificent butterfly, Apatura Iris, commonly known as the ‘Purple Emperor.’”

“Everybody in Brittany knows that,” I said, casting across the sparkling water; “but just because you happen to be the only man who ever captured a ‘Purple Emperor’ in Morbihan, it doesn’t follow that you are an authority on sea-trout flies. Why do you say that a Breton sea-trout won’t touch a tailed fly?”

“Why? There are plenty of May-flies about the stream.”

My arm was aching, but I grasped my split bamboo more firmly, and, half turning, waded out into the stream and began to whip the ripples at the head of the pool. A great green dragon-fly came drifting by on the summer breeze and hung a moment above the pool, glittering like an emerald.

“There’s a chance! Where is your butterfly net?” I called across the stream.

“That will do,” I said fiercely. “Can’t I point out an insect in the air without this burst of erudition? Can you tell me, in simple everyday French, what this little fly is–this one, flitting over the eel grass here beside me? See, it has fallen on the water.”

Before he could answer there came a heavy splash in the pool, and the fly disappeared.

“He! he! he!” tittered the Purple Emperor. “Didn’t I tell you the fish knew their business? That was a sea-trout. I hope you don’t get him.”

He gathered up his butterfly net, collecting box, chloroform bottle, and cyanide jar. Then he rose, swung the box over his shoulder, stuffed the poison bottles into the pockets of his silver-buttoned velvet coat, and lighted his pipe. This latter operation was a demoralizing spectacle, for the Purple Emperor, like all Breton peasants, smoked one of those microscopical Breton pipes which requires ten minutes to find, ten minutes to fill, ten minutes to light, and ten seconds to finish. With true Breton stolidity he went through this solemn rite, blew three puffs of smoke into the air, scratched his pointed nose reflectively, and waddled away, calling back an ironical “Au revoir, and bad luck to all Yankees!”

I watched him out of sight, thinking sadly of the young girl whose life he made a hell upon earth–Lys Trevec, his niece. She never admitted it, but we all knew what the black-and-blue marks meant on her soft, round arm, and it made me sick to see the look of fear come into her eyes when the Purple Emperor waddled into the café of the Groix Inn.