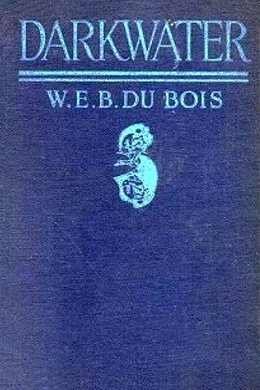 Voices from Within the Veil

The distinguished American civil rights leader, Du Bois first published these fiery essays, sketches, and poems individually nearly 100 years ago in the Atlantic, the Journal of Race Development, and other periodicals. Reflecting the author’s ideas as a politician, historian, and artist, this volume has long moved and inspired readers with its militant cry for social, political, and economic reforms for black Americans. Essential reading for students of African-American history.

I was born by a golden river and in the shadow of two great hills, five years after the Emancipation Proclamation. The house was quaint, with clapboards running up and down, neatly trimmed, and there were five rooms, a tiny porch, a rosy front yard, and unbelievably delicious strawberries in the rear. A South Carolinian, lately come to the Berkshire Hills, owned all this–tall, thin, and black, with golden earrings, and given to religious trances. We were his transient tenants for the time.

My own people were part of a great clan. Fully two hundred years before, Tom Burghardt had come through the western pass from the Hudson with his Dutch captor, “Coenraet Burghardt,” sullen in his slavery and achieving his freedom by volunteering for the Revolution at a time of sudden alarm. His wife was a little, black, Bantu woman, who never became reconciled to this strange land; she clasped her knees and rocked and crooned:

Tom died about 1787, but of him came many sons, and one, Jack, who helped in the War of 1812. Of Jack and his wife, Violet, was born a mighty family, splendidly named: Harlow and Ira, Cloë, Lucinda, Maria, and Othello! I dimly remember my grandfather, Othello,–or “Uncle Tallow,”–a brown man, strong-voiced and redolent with tobacco, who sat stiffly in a great high chair because his hip was broken. He was probably a bit lazy and given to wassail. At any rate, grandmother had a shrewish tongue and often berated him. This grandmother was Sarah–“Aunt Sally”–a stern, tall, Dutch-African woman, beak-nosed, but beautiful-eyed and golden-skinned. Ten or more children were theirs, of whom the youngest was Mary, my mother.

Mother was dark shining bronze, with a tiny ripple in her black hair, black-eyed, with a heavy, kind face. She gave one the impression of infinite patience, but a curious determination was concealed in her softness. The family were small farmers on Egremont Plain, between Great Barrington and Sheffield, Massachusetts. The bits of land were too small to support the great families born on them and we were always poor. I never remember being cold or hungry, but I do remember that shoes and coal, and sometimes flour, caused mother moments of anxious thought in winter, and a new suit was an event!

At about the time of my birth economic pressure was transmuting the family generally from farmers to “hired” help. Some revolted and migrated westward, others went cityward as cooks and barbers. Mother worked for some years at house service in Great Barrington, and after a disappointed love episode with a cousin, who went to California, she met and married Alfred Du Bois and went to town to live by the golden river where I was born.

Alfred, my father, must have seemed a splendid vision in that little valley under the shelter of those mighty hills. He was small and beautiful of face and feature, just tinted with the sun, his curly hair chiefly revealing his kinship to Africa. In nature he was a dreamer,–romantic, indolent, kind, unreliable. He had in him the making of a poet, an adventurer, or a Beloved Vagabond, according to the life that closed round him; and that life gave him all too little. His father, Alexander Du Bois, cloaked under a stern, austere demeanor a passionate revolt against the world. He, too, was small, but squarish. I remember him as I saw him first, in his home in New Bedford,–white hair close-cropped; a seamed, hard face, but high in tone, with a gray eye that could twinkle or glare.

Long years before him Louis XIV drove two Huguenots, Jacques and Louis Du Bois, into wild Ulster County, New York. One of them in the third or fourth generation had a descendant, Dr. James Du Bois, a gay, rich bachelor, who made his money in the Bahamas, where he and the Gilberts had plantations. There he took a beautiful little mulatto slave as his mistress, and two sons were born: Alexander in 1803 and John, later. They were fine, straight, clear-eyed boys, white enough to “pass.” He brought them to America and put Alexander in the celebrated Cheshire School, in Connecticut. Here he often visited him, but one last time, fell dead. He left no will, and his relations made short shrift of these sons. They gathered in the property, apprenticed grandfather to a shoemaker; then dropped him.