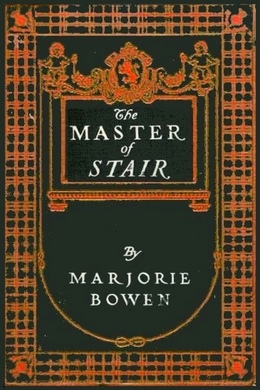 The Master of Stair

At 3 p.m. on the 13th February, a huge army of soldiers swept into the remote Highland Valley of Glencoe, a stronghold of the MacDonald clan. The Master of the Stair sent them there. Cruel and ambitious, he did not shrink from mass murder to satisfy his lust for power. Jock Campbell led them. At last his chance had come to rid Scotland of his old enemies and reign supreme in the Highlands. Delia tried to stop them. A beautiful Jacobite spy, she risked her life to warn the MacDonalds and save the man she loved. Fighting against time and the evil madness or her opponents, Delia plotted secretly to avert the threatened tragedy.

Some fifty men were making slow progress through the pass of Glenorchy, which lies in the heart of Invernesshire and so in the very depths of the wild Highlands. A thick white mist hung over the landscape; it was the end of October and a raw and chilly day; the dull purple heather, disclosed now and then by the lifting vapor, the gaunt firs and faded bracken that grew along the pass, were shivering under the weight of dripping moisture.

The men strained their eyes to pierce the drifting mist, and drew closer the damp tartans that showed they were of the Clan of Macdonald; they were all on foot: some led shaggy ponies on whose rough backs were strapped packages and what appeared to be the plunder of some great house, for the objects included silver and gilt cups and goblets tied together by the handles; and, slung across the saddle, handsome garments such as the Saxons wore, and guns of a make not often seen in a Highlander’s hands.

A drove of fine cattle were driven in the rear of the Macdonalds, and a man who was obviously the leader walked a few paces ahead of the others. He was distinguished from his followers by the faded laced cloth coat under his plaid, the pistols in his belt, and his high cowskin boots, the others being barefoot and wearing nothing but their tartans and rude garments of untanned leather.

The mist began to lift a little, the dim forms of the surrounding mountains became visible; the leading Macdonald stopped his men and looked about him: the mist had confused even his innate knowledge of the country. Such of the landscape as they could see was pure desolation, vast brown hills and tracts of heather: there were no roads, not so much as a foot-path to guide them.

The only sign of life was an eagle who circled high above their heads, and now and then swept into view, screaming dismally.

The leader of the Macdonalds shuddered in the damp cold and was making the signal for his men to continue, when his quick ear caught a distant sound. He paused, the train of Highlanders motionless behind him.

It was the sound of the jingle of harness, the soft thud of horses’ hoofs on the heather: a party of horsemen riding near.

With the stealthy alertness of men who are always either hunters or hunted, the Macdonalds drew together in the pass; the foremost threw themselves flat on the ground and closed their hands round their dirks. The mist was closing round them again, but it was not so thick that they could not discern a group of horsemen crossing the pass at a swift trot. It was impossible to see how many there were; they were very swiftly gone, and utter silence fell again.

The Macdonalds began to move cautiously. The mist thickened so that they grew uneasy, their eyes were strained for another sight of the strangers, their ears for the sound of the bridle bells.

The eagle flew close, then past them and out of sight; they were feeling their way a step at a time, the ponies stumbled over the wet rocks the heather concealed, the men could hardly see each other. They began talking in whispers, wondering who these horsemen might have been, disputing about the way.

Then it came again, the thud thud of a horse.

The Macdonalds stopped dead; their leader softly cursed the mist and held himself on the alert.

It seemed to be only one horse now, and very close; they could hear it slipping among the rocks, the sound of the clinking harness, but they could see nothing. It died into the distance; the mist rose a little and they caught a sudden glimpse of a red figure on a dark horse in front of them, then they lost sight of it again in the thick vapor.

They pushed on slowly, teased with the faint sound of the unseen horsemen, ready for a stranger and enemy, yet baffled by the mist.

Suddenly the sound grew louder; the Macdonalds looked round fiercely. Their leader was almost thrown by the swift passing of a huge brown horse bearing a rider in a scarlet coat, who crossed in front of him and was swallowed into the mist. He had only a glimpse, and the bells were again tinkling in the distance; the horseman did not appear to have seen him, but as he passed a whip had struck Macdonald lightly on the face.

With a fierce cry the Highlander was plunging through the mist after him; the sound guided him; he ran forward swiftly, maddened by that slash on the cheek, striving to cleave aside the blinding fog.

All at once he heard it coming again, saw the brown horse looming toward him, and made a wild dash at the reins. But it swept past him. He thought he heard the rider say something or give a little cry.

The mist began to lighten, grow thinner; he saw the rider ahead and ran after him with his dirk undrawn. His strength was almost a match for the horse which was evidently very jaded and weary; his rider looked back and urged him faster, but the Macdonald was gaining.