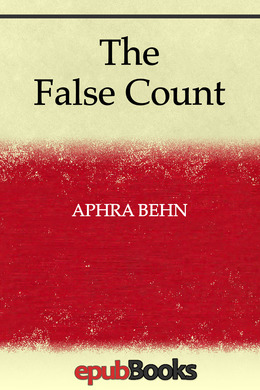 A New Way to Play an Old Game

Don Carlos, Governor of Cadiz, has been contracted to Julia, currently married to the rich old Francisco, and in order to gain her, mans a captured Turk galley; and whilst she and her husband are taking a pleasure trip in a yacht, are boarded and made prisoners by the supposed corsairs, who carry them off to a country villa a few miles from the town belonging to Carlos’ friend, Antonio. Here Carlos appears dressed as the Sultan and Francisco, overwhelmed with terror, speedily relinquishes Julia to his captor. In order to punish her for her intolerable arrogance, Isabella, Francisco’s daughter by his former wife, who is designed to wed Antonio, is introduced to a chimney-sweep, Guiliom, masquerading as a noble of high degree. She forthwith strikes up a match with the False Count, leaving Antonio free to marry Clara, Julia’s sister, whom he loves. No sooner, however, has the knot been securely tied than Guiliom, appearing in his sooty rags, publicly demands and humiliates his haughty bride. The trick of the feigned Turks is discovered by the arrival at the villa of Julia’s father. Don Carlos, however, claims his mistress by reason of his former contract, which is perforce allowed.

SCENE I. The Street.

Car. By all that’s good, I’m mad, stark raving mad, To have a Woman young, rich, beautiful, Just on the point of yielding to my Love, Snatcht from my Arms by such a Beast as this; An old ridiculous Buffoon, past Pleasure, Past Love, or any thing that tends that way; Ill-favour’d, ill-bred, and ill-qualify’d, With more Diseases than a Horse past Service; And only blest with Fortune and my Julia; For him, I say, this Miser, to obtain her, After my tedious nights and days of Love, My midnight Watchings, Quarrels, Wounds and Dangers; –My Person not unhandsom too, By Heav’n, ‘twas wondrous strange!

Ant. And old Francisco, without the expence of an hour’s Courtship, a Billet-Doux, or scarce a sight of her, could gain her in a day; and yet ‘tis wonder, your Fortune and your Quality, should be refus’d by Don Baltazer her Father.

Car. A Pox upon’t, I went the wrong way to work, and courted the Daughter; but indeed my Father, the late Governour of Cadiz, whose Estate and Honour I now enjoy, was then living; and, fearing he would not consent to my Passion, I endeavoured to keep it secret, though sacred Vows had past between us two.

Ant. Did she not tell you of this Marriage with old Francisco?

Car. The night before, she did; but only by a Letter from her Window dropt; which when by the help of a dark Lanthorn, I had read, I was struck dead with Grief. [Gives him the Letter.

Expect to morrow night to hear I’m dead, since the next Sun will guide me to a fatal Marriage with old Francisco. Your Julia.

Car. Judge, dear Antonio, my Surprize and Grief; A-while I stood unmov’d, thoughtless, and silent, But soon Rage wak’d me to new Life again; But what I said and did, I leave to raging Lovers, Like disappointed me, to guess and judge; She heard–and only answer’d me in Tears, Nor could I beg one tender Word from her, She sigh’d, and shut the Window too, and vanish’d.

Ant. And she accordingly next day was married.

Ant. I hope you are mistaken, Sir.

Car. How, are you not to marry his Daughter, Isabella?

Car. Prithee, what was her Birth?

Ant. Why, her Father, old Francisco, was in his youth an English Cordwainer, that is to say, a Shoemaker, which he improv’d in time to a Merchant; and the Devil and his Knavery helping him to a considerable Estate, he set up for Gentleman; and being naturally a stingey, hide-bound Rascal, and in the Humour of Jealousy even out-doing the most rigid of us Spaniards, he came over into Spain, to settle with his whole Family, where his Wife dying, to heighten the Vice, marries this young Julia, your Mistress, Sir;–and now this Daughter of his having wholly forgot her original Dunghill, sets up for a Viscountess at least, though her Father has design’d me the Blessing; but I have fixt my Heart and Eyes else-where, Clara, the young Sister of your Mistress, Sir, commands my Liberty.

Car. I’ve seen her, she has Youth and Beauty capable to make a Conquest any where,–but does she know your Love?

Ant. She does, and makes me think my Love return’d.

Car. Then know, Antonio, I must be your Rival.

Car. You said but now you were my Friend, Antonio; If true, you must assist in my design.

Car. Then thus; before I knew she was your Mistress, I had resolv’d upon Addresses to her, in order to’t, have treated with her Father about a Marriage.

Ant. How! and wou’d the false, forsworn, receive your Vows?

Car. No; but with Tears implores her Father daily, whene’er he speaks to her about my Passion; nor can I undeceive her, for indeed I have but feign’d a Love, (she living in the same house with Julia whilst here at Cadiz) to get an opportunity with that dear, charming Creature; for, coming as a Brother, sure they’ll admit me kindly; nor will Francisco, who has heard of what has past ‘twixt me and Julia, suspect me any more.