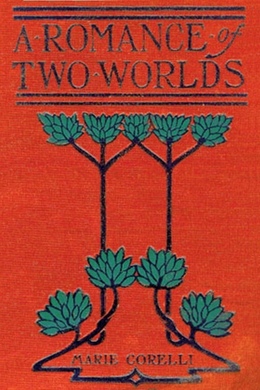 A Romance of Two Worlds

When the female narrator is asked by a painter to pose for a portrait, she has a supernatural experience in his studio. When she is near the painter she feels better. The painter is responsible for her improved health, but he must send her to Heliobas, the man who helped him achieve so much, both in health and in art. Science fiction, occult and fantasy all rolled into one very good plot.

In the winter of 188-, I was afflicted by a series of nervous ailments, brought on by overwork and overworry. Chief among these was a protracted and terrible insomnia, accompanied by the utmost depression of spirits and anxiety of mind. I became filled with the gloomiest anticipations of evil; and my system was strung up by slow degrees to such a high tension of physical and mental excitement, that the quietest and most soothing of friendly voices had no other effect upon me than to jar and irritate. Work was impossible; music, my one passion, intolerable; books became wearisome to my sight; and even a short walk in the open air brought with it such lassitude and exhaustion, that I soon grew to dislike the very thought of moving out of doors. In such a condition of health, medical aid became necessary; and a skilful and amiable physician, Dr. R—-, of great repute in nervous ailments, attended me for many weeks, with but slight success. He was not to blame, poor man, for his failure to effect a cure. He had only one way of treatment, and he applied it to all his patients with more or less happy results. Some died, some recovered; it was a lottery on which my medical friend staked his reputation, and won. The patients who died were never heard of more–those who recovered sang the praises of their physician everywhere, and sent him gifts of silver plate and hampers of wine, to testify their gratitude. His popularity was very great; his skill considered marvellous; and his inability to do ME any good arose, I must perforce imagine, out of some defect or hidden obstinacy in my constitution, which was to him a new experience, and for which he was unprepared. Poor Dr. R—-! How many bottles of your tastily prepared and expensive medicines have I not swallowed, in blind confidence and blinder ignorance of the offences I thus committed against all the principles of that Nature within me, which, if left to itself, always heroically struggles to recover its own proper balance and effect its own cure; but which, if subjected to the experimental tests of various poisons or drugs, often loses strength in the unnatural contest and sinks exhausted, perhaps never to rise with actual vigour again. Baffled in his attempts to remedy my ailments, Dr. R—- at last resorted to the usual plan adopted by all physicians when their medicines have no power. He recommended change of air and scene, and urged my leaving London, then dark with the fogs of a dreary winter, for the gaiety and sunshine and roses of the Riviera. The idea was not unpleasant to me, and I determined to take the advice proffered. Hearing of my intention, some American friends of mine, Colonel Everard and his charming young wife, decided to accompany me, sharing with me the expenses of the journey and hotel accommodation. We left London all together on a damp foggy evening, when the cold was so intense that it seemed to bite the flesh like the sharp teeth of an animal, and after two days’ rapid journey, during which I felt my spirits gradually rising, and my gloomy forebodings vanishing slowly one by one, we arrived at Cannes, and put up at the Hotel de L—-. It was a lovely place, and most beautifully situated; the garden was a perfect wilderness of roses in full bloom, and an avenue of orange-trees beginning to flower cast a delicate fragrance on the warm delicious air.

“If you do not recover your health here,” she said half laughingly to me on the second morning after our arrival, “I am afraid your case is hopeless. What sunshine! What a balmy wind! It is enough to make a cripple cast away his crutches and forget he was ever lame. Don’t you think so?”