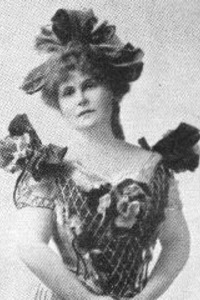 Corelli enjoyed a period of great literary success from the publication of her first novel in 1886 until World War I. Her novels sold more copies than the combined sales of popular contemporaries, including Arthur Conan Doyle, H. G. Wells, and Rudyard Kipling, although critics often derided her work as “the favourite of the common multitude.” A recurring theme in Corelli’s books is her attempt to reconcile Christianity with reincarnation, astral projection, and other mystical ideas. Her books were a part of the foundation of today’s New Age religion.

When the female narrator is asked by a painter to pose for a portrait, she has a supernatural experience in his studio. When she is near the painter she...read more »

Raised on the prosperous farm of Hugo Jocelyn, descendant of a French knight, Innocent has always believed herself to be Jocelyn’s illegitimate daughter...read more »

A sweet and tender love story, that must have thrilled the closet Victoria readers of the time. Thelma is loved by many men including her fathers right-...read more »

A Faustian novel and bestseller of its time, focused on Geoffrey, a starving author. The post delivers three letters, the first from a friend who offers...read more »

On the following evening the cold and frowning aspect of the mansion in Carlton House Terrace underwent a sudden transformation. Lights gleamed from eve...read more »

Imagine friends and family believed you were dead from the Cholera- Imagine being buried alive and awakening in your coffin - Now, imagine a frantic esc...read more »

Armand Gervase has it all. He is a famous artist, his paintings are hung in national galleries, and he is celebrated worldwide. His best-known painting,...read more »