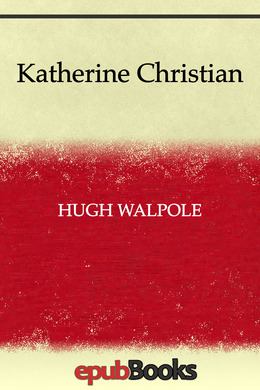 Her name was Katherine Christian–but many called her the Devil’s own handmaiden. Born of a proud English beauty and a roving gypsy, she was mistress to many men but slave to none as she climbed toward wealth and power. Rashleigh and Peter were brothers, members of the great Herries clan. But their ties of blood were torn by the battle between King and Parliament ravaging all England–and by their rivalry for this woman who made love both a heaven and a hell.

Robert Herries looked up, staggered to his feet and, chuckling, started across the floor towards his father.

Nicholas Herries, his father, and Rosamund Herries, his mother, looked at him with love and pride. Nicholas, a vast man, was in this year 1603 fifty-nine years of age and his wife thirty-seven.

They were in their own house at Westminster and all was very well with them. Robert, their only child, was now three years of age. In build he was broad and well-formed but short, his sturdy legs strong on the ground, his round head well set on his thick neck, his eyes steady and piercing.

He was still a baby but already he had self-confidence and independence. He was a grave baby now: he chuckled only when his father was at hand. Everything that was told to him, the rhymes that his mother sang to him, the cautions and admonitions that Mrs. Margit, his nurse, gave to him–all these he took in and remembered.

Already it was facts that he liked the best; his mind wandered at fairy-stories. Any tale that he was told must be well substantiated. That was perhaps the reason that his father meant more to him than any other in his world, for there was no doubt or question about his father, so large was he and solid, so strong in the arm, and when he held his son against his breast the thumping of his heart was like the reassurance of a great beating drum.

Already Robert felt safe against any sort of peril if his father were there. But he was not in any case a nervous baby and he had already a firm preponderance of the Herries matter-of-fact common sense. Facts indeed were facts and it was already his rule of life to go by what you could see, feel, hold and even seize. And what he seized he held. At this present he was holding what was just then his favourite possession–a Fool with silver bells, a red cap and a great hooked nose. As he crossed the shining parlour floor to his father he held the Fool tightly in his chubby fist and the bells carolled gaily.

Nicholas had been almost asleep, for he had had a hard day that had included a visit to the Queen. Then the fire was blazing finely in the open hearth, throwing its erratic lights on the colours of dark green, gold, and brilliant blue that Rosamund was working into her tapestry.

Nicholas had been almost dreaming–dreaming about his long life and the principal scenes in it, of the girl Catherine he had loved who had given her life for him, of his dear brother Robin who had been tortured to his death in the Tower, and after that of England that he loved so dearly. He had come to full awareness with a start, crying: ‘England is a lovely place: I would have no other.’ And then, realizing his son, he had stretched out his great arms: ‘Come, Robin–come!’

At once Robin had started across the floor. They had given him this pet name after his beloved uncle, but he did not hesitate, as his uncle would have done, seeing both sides of the argument. He saw only one–that he liked above all things his father’s arms, their warmth and strength and perfect safety.

So he started at once across the floor, the red-capped Fool, with his proud nose, held captive in his fist.

Nicholas picked him up, carried him to his mother who kissed him, then he took him from the room high on his shoulder.

Later Nicholas returned and stood, his legs spread, warming his back before the fire. Rosamund asked him about the Queen.

‘She can live but a little time. Indeed she is already dead. That old woman, seated on the floor rolling her head from side to side, is nothing. Her greatness has flown to the skies where it belongs for all time.’

‘And so it will be James of Scotland.’

‘Yes. They say strange things of him. He is a scholar, a great Latinist, but has superstitions like an old dame of the village. He is resolute and unresolute. Avaricious and generous. And his moralities–’

‘His moralities?’ she asked, laughing up at him.

‘Are not for ladies’ ears.’

She gathered up her tapestry.

‘I must go to Robin.’ As she passed him she kissed his cheek–’ Ladies’ ears have a wider compass than men can fancy. I have heard– this and that.’

In the early morning of March 24th, he was lying in the big four- poster with his wife and very fast asleep. He woke as though someone had tapped him on the shoulder. Rosamund’s hand was lightly on his left breast and, very gently, he removed it. What had disturbed him? Moving his big body with great care lest he should rouse her, he sat up and listened.