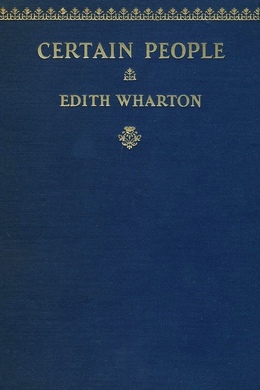 A collection of six short stories. The book starts with Atrophy, a neat study of near desperation in tight social surroundings as Nora Frenway bravely seeks to visit her gravely ill lover Christopher only to come up against the polite rebuff presented by his domineering sister Jane Aldiss. The final story, Mr. Jones, references Poe’s The Purloined Letter, using a variation of the central epistolary device while also managing to slip in aspects of Poe’s own life history, in particular his marriage to the his young first cousin.

Nora Frenway settled down furtively in her corner of the Pullman and, as the express plunged out of the Grand Central Station, wondered at herself for being where she was. The porter came along. “Ticket?” “Westover.” She had instinctively lowered her voice and glanced about her. But neither the porter nor her nearest neighbours–fortunately none of them known to her–seemed in the least surprised or interested by the statement that she was travelling to Westover.

Yet what an earth-shaking announcement it was! Not that she cared, now; not that anything mattered except the one overwhelming fact which had convulsed her life, hurled her out of her easy velvet-lined rut, and flung her thus naked to the public scrutiny…. Cautiously, again, she glanced about her to make doubly sure that there was no one, absolutely no one, in the Pullman whom she knew by sight.

Her life had been so carefully guarded, so inwardly conventional in a world where all the outer conventions were tottering, that no one had ever known she had a lover. No one–of that she was absolutely sure. All the circumstances of the case had made it necessary that she should conceal her real life–her only real life–from everyone about her; from her half-invalid irascible husband, his prying envious sisters, and the terrible monumental old chieftainess, her mother-in-law, before whom all the family quailed and humbugged and fibbed and fawned.

What nonsense to pretend that nowadays, even in big cities, in the world’s greatest social centres, the severe old-fashioned standards had given place to tolerance, laxity and ease! You took up the morning paper, and you read of girl bandits, movie-star divorces, “hold-ups” at balls, murder and suicide and elopement, and a general welter of disjointed disconnected impulses and appetites; then you turned your eyes onto your own daily life, and found yourself as cribbed and cabined, as beset by vigilant family eyes, observant friends, all sorts of embodied standards, as any white-muslin novel heroine of the ‘sixties!

In a different way, of course. To the casual eye Mrs. Frenway herself might have seemed as free as any of the young married women of her group. Poker playing, smoking, cocktail drinking, dancing, painting, short skirts, bobbed hair and the rest–when had these been denied to her? If by any outward sign she had differed too markedly from her kind–lengthened her skirts, refused to play for money, let her hair grow, or ceased to make-up–her husband would have been the first to notice it, and to say: “Are you ill? What’s the matter? How queer you look! What’s the sense of making yourself conspicuous?” For he and his kind had adopted all the old inhibitions and sanctions, blindly transferring them to a new ritual, as the receptive Romans did when strange gods were brought into their temples…

The train had escaped from the ugly fringes of the city, and the soft spring landscape was gliding past her: glimpses of green lawns, budding hedges, pretty irregular roofs, and miles and miles of alluring tarred roads slipping away into mystery. How often she had dreamed of dashing off down an unknown road with Christopher!

Not that she was a woman to be awed by the conventions. She knew she wasn’t. She had always taken their measure, smiled at them–and conformed. On account of poor George Frenway, to begin with. Her husband, in a sense, was a man to be pitied; his weak health, his bad temper, his unsatisfied vanity, all made him a rather forlornly comic figure. But it was chiefly on account of the two children that she had always resisted the temptation to do anything reckless. The least self-betrayal would have been the end of everything. Too many eyes were watching her, and her husband’s family was so strong, so united–when there was anybody for them to hate–and at all times so influential, that she would have been defeated at every point, and her husband would have kept the children.

At the mere thought she felt herself on the brink of an abyss. “The children are my religion,” she had once said to herself; and she had no other.

Yet here she was on her way to Westover…. Oh, what did it matter now? That was the worst of it–it was too late for anything between her and Christopher to matter! She was sure he was dying. The way in which his cousin, Gladys Brincker, had blurted it out the day before at Kate Salmer’s dance: “You didn’t know–poor Kit? Thought you and he were such pals! Yes, awfully bad, I’m afraid. Return of the old trouble! I know there’ve been two consultations–they had Knowlton down. They say there’s not much hope; and nobody but that forlorn frightened Jane mounting guard…”