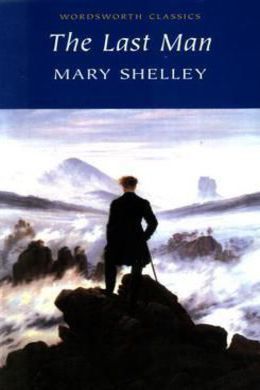 A futuristic story of tragic love and of the gradual extermination of the human race by plague, The Last Man is Mary Shelley’s most important novel after Frankenstein. With intriguing portraits of Percy Bysshe Shelley and Lord Byron, the novel offers a vision of the future that expresses a reaction against Romanticism, and demonstrates the failure of the imagination and of art to redeem the doomed characters.

I AM the native of a sea–surrounded nook, a cloud–enshadowed land, which, when the surface of the globe, with its shoreless ocean and trackless continents, presents itself to my mind, appears only as an inconsiderable speck in the immense whole; and yet, when balanced in the scale of mental power, far outweighed countries of larger extent and more numerous population. So true it is, that man’s mind alone was the creator of all that was good or great to man, and that Nature herself was only his first minister. England, seated far north in the turbid sea, now visits my dreams in the semblance of a vast and well–manned ship, which mastered the winds and rode proudly over the waves. In my boyish days she was the universe to me. When I stood on my native hills, and saw plain and mountain stretch out to the utmost limits of my vision, speckled by the dwellings of my countrymen, and subdued to fertility by their labours, the earth’s very centre was fixed for me in that spot, and the rest of her orb was as a fable, to have forgotten which would have cost neither my imagination nor understanding an effort.

My fortunes have been, from the beginning, an exemplification of the power that mutability may possess over the varied tenor of man’s life. With regard to myself, this came almost by inheritance. My father was one of those men on whom nature had bestowed to prodigality the envied gifts of wit and imagination, and then left his bark of life to be impelled by these winds, without adding reason as the rudder, or judgment as the pilot for the voyage. His extraction was obscure; but circumstances brought him early into public notice, and his small paternal property was soon dissipated in the splendid scene of fashion and luxury in which he was an actor. During the short years of thoughtless youth, he was adored by the high–bred triflers of the day, nor least by the youthful sovereign, who escaped from the intrigues of party, and the arduous duties of kingly business, to find never–failing amusement and exhilaration of spirit in his society. My father’s impulses, never under his own controul, perpetually led him into difficulties from which his ingenuity alone could extricate him; and the accumulating pile of debts of honour and of trade, which would have bent to earth any other, was supported by him with a light spirit and tameless hilarity; while his company was so necessary at the tables and assemblies of the rich, that his derelictions were considered venial, and he himself received with intoxicating flattery.

This kind of popularity, like every other, is evanescent: and the difficulties of every kind with which he had to contend, increased in a frightful ratio compared with his small means of extricating himself. At such times the king, in his enthusiasm for him, would come to his relief, and then kindly take his friend to task; my father gave the best promises for amendment, but his social disposition, his craving for the usual diet of admiration, and more than all, the fiend of gambling, which fully possessed him, made his good resolutions transient, his promises vain. With the quick sensibility peculiar to his temperament, he perceived his power in the brilliant circle to be on the wane. The king married; and the haughty princess of Austria, who became, as queen of England, the head of fashion, looked with harsh eyes on his defects, and with contempt on the affection her royal husband entertained for him. My father felt that his fall was near; but so far from profiting by this last calm before the storm to save himself, he sought to forget anticipated evil by making still greater sacrifices to the deity of pleasure, deceitful and cruel arbiter of his destiny.