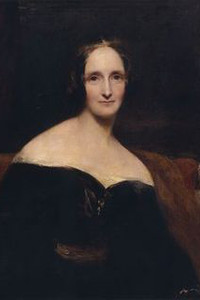 Mary Shelley was a British novelist, short story writer, dramatist, essayist, biographer, and travel writer, best known for her Gothic novel Frankenstein. She also edited and promoted the works of her husband, the Romantic poet and philosopher Percy Bysshe Shelley.

Until the 1970s, Mary Shelley was known mainly for her efforts to publish Percy Shelley’s works and for her novel Frankenstein, which remains widely read and has inspired many theatrical and film adaptations. Recent scholarship has yielded a more comprehensive view of Mary Shelley’s achievements. Scholars have shown increasing interest in her literary output, particularly in her novels, which include the historical novels Valperga and Perkin Warbeck, the apocalyptic novel The Last Man, and her final two novels, Lodore and Falkner.

Studies of her lesser-known works such as the travel book Rambles in Germany and Italy and the biographical articles for Dionysius Lardner’s Cabinet Cyclopaedia support the growing view that Mary Shelley remained a political radical throughout her life. Mary Shelley’s works often argue that cooperation and sympathy, particularly as practised by women in the family, were the ways to reform civil society. This view was a direct challenge to the individualistic Romantic ethos promoted by Percy Shelley and the Enlightenment political theories articulated by her father, William Godwin. (source: Wikipedia)

A monster assembled by a scientist from parts of dead bodies develops a mind of his own as he learns to loathe himself and hate his creator. Shelley’s s...read more »

This shocking tale of father-daughter incest, by the author of Frankenstein, was suppressed for over a century. Mathilda’s adoration of her beloved fath...read more »

An auspicious verse drama is presented here that Shelley based on the ancient myths. Wrought upon the Roman myth of the abduction of Proserpine from Cer...read more »

A futuristic story of tragic love and of the gradual extermination of the human race by plague, The Last Man is Mary Shelley’s most important novel afte...read more »