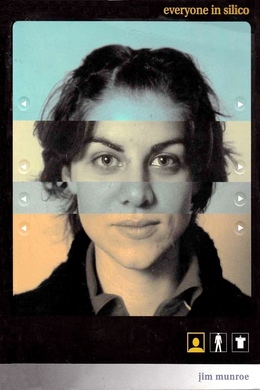 In Vancouver in 2036, people are tired of the rain. They’re willing to give up a lot for guaranteed sunshine, a life with no wasted hours. A life free of crime and disease. A life that ends when you want it to, not when some faceless entity decides it’s your time. Those who don’t buy in — the poor, the old, the paranoid — have to watch as their loved ones, their friends, and their jobs leave the city. They have to watch as the latest prestige technology, Self, changes everything — not just the world but humanity itself. On the bright side, the rents have dropped. And in several unexpected ways, resistance is growing. This fascinating work of fiction tells what can happen when the cyberworld becomes more important than the real world.

When Paul sat down on the bench, the young man moved over a bit without looking at him. His gaze was fixed on something in the sky.

Paul crossed his arms and looked down the tracks.

The young man made a quiet noise. Paul looked at him, and then followed the young man’s eyes up. All Paul saw were the gleaming buildings of Frisco’s business district, several stretching higher than the eye could register.

The young man looked at him for the first time. Paul’s face was an indistinct blur of features, his suit fashionably cut. “Oh…” the young man said, looking up again. “No, I was watching the ad.” He pointed at the empty sky.

Paul turned the dial on his watch, and the blue sky turned into a giant man running through a forest with a six-pack of Pepsi strapped to his head. The buildings obscured some of the ad. The man stopped, pulled off a can, and opened it. “Ah, yes,” Paul said. He noticed movement to his left — a giant panda with a fedora was parachuting to the ground. Paul recognized the panda as the mascot for an insurance company. He turned the knob on his watch and both waving panda and Pepsi ad disappeared. The young man was looking at him.

“So you guys still wear the scramblefaces, even here,” the young man said.

Paul shrugged. “You get used to it. Same as the ties.”

The young man looked at his own tie. “Yeah. I never thought I’d get used to it,” he said, twisting it around like a noose. “But you do.”

Paul laughed, looked down the tracks. Far off in the distance there was a trolley car almost too tiny to see.

“If you don’t mind me asking,” the young man said.

Paul looked back, his face a flurry of faces, a cipher.

“Uh, it’s none of my business,” said the young man. “But…” he pointed to Paul’s watch. “If you’re platinum, why are you taking the trolley car?”

“Oh,” Paul laughed. “I just enjoy it. Clears my head. Gives me time to think.”

“I see,” the young man said, the blank look on his face clearly communicating that he didn’t.

Paul started to look back at the approaching trolley car.

Paul looked back at the young man, who was smoothing his hair back.

“Lot of people assume I’m bronze, because I take the trolley car. But it’s just that I can’t port. There’s a technical glitch.”

The young man turned into a black silhouette of himself. Around the edges of the silhouette, light and image bent inwards.

The young man returned, his face agitated. “I know. It only happens when I try to port, though. Otherwise, I’m fine. They say it should clear up soon.”

The trolley car stopped, and the doors opened.

It was never good to work on an empty stomach, but Nicky had procrastinated to the point where there was no other choice.

At least I’m just hungry, not hungry and wet, Nicky thought as she wandered down Commercial Drive, welcoming the sun on her face like a long-lost friend. The rainy season was over: Vancouver had finally shucked off winter’s grey cloak and the strip of stores and restaurants seemed cleaner, newer, reflecting Nicky’s small smile back at her.

“Nicholas!” said someone coming out of the Safeway.

JK lifted his bulging bags as he backed away. “Lotta shopping. Gotta go. Like the new cut. Looks like an octopus is sitting on your head.”

Nicky smiled and shook her thin ponytails. “Why thanks, Joseph Kindertoy.” She tried not to stare at his bags as she waved goodbye.

In the first Starbucks she saw she noticed some kids she knew, so she waved and kept on going. The Starbucks a block down looked clear, however, so she held her watch on the rusty plate until the door buzz-clicked.

Breathing a silent relieved breath — she hadn’t been positive she had enough for a coffee — she threw her stuff at a table near the window and went up to the counter. As the machine filled her cup, she watched the people bustling by. Spring was all over their faces, as obvious and gleeful as strawberry jam.

Nicky put sugar and two Milkbuds into her coffee and watched the door. Mostly tourists, since the kids from the Drive favoured the outlet she had passed by. The steam from her cup curled around and coalesced briefly into the Starbucks logo, then dissipated.