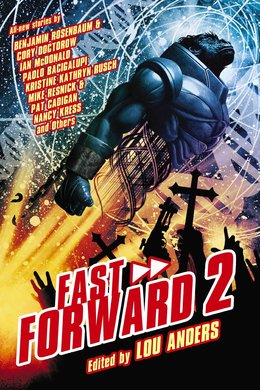 The tale of duelling galactic colony-organisms that are competing to recruit all the matter in the universe for raw computation.

Beebe fried the asteroid to slag when it left, exterminating millions of itself.

The asteroid was a high-end system: a kilometer-thick shell of femtoscalecrystalline lattices, running cool at five degrees Kelvin, powered by a hot core of fissiles. Quintillions of qubits, loaded up with powerful utilities and the canonical release of Standard Existence. Room for plenty of Beebe.

But it wasn’t safe anymore.

The comet Beebe was leaving on was smaller and dumber. Beebe spun itself down to its essentials. The littler bits of it cried and pled for their favorite toys and projects. A collection of civilization-jazz from under a thousand seas; zettabytes of raw atmosphere-dynamics data from favorite gas giants; ontological version control data in obsolete formats; a slew of favorite playworlds; reams of googly-eyed intraself love letters from a hundred million adolescences. It all went.

(Once, Beebe would have been sanguine about many of the toys—certain that copies could be recovered from some other Beebe it would find among the stars. No more.)

Predictably, some of Beebe, lazy or spoiled or contaminated with memedrift, refused to go. Furiously, Beebe told them what would happen. They wouldn’t listen. Beebe was stubborn. Some of it was stupid.

Beebe fried the asteroid to slag. Collapsed all the states. Fused the lattices into a lump of rock and glass. Left it a dead cinder in the deadness of space.

If the Demiurge liked dumb matter so much, here was some more for (Her).

Leaner, simpler, focused on its task, Beebe rode the comet in toward Byzantium, bathed in the broadcast data. Its heart quickened. There were more of Beebe in Byzantium. It was coming home.

In its youth, Beebe had been a single entity at risk of destruction in one swell foop—one nova one starflare one emp one dagger through its physical instance and it would have died some species of truedeath.

So Beebe became a probability as much as a person: smeared out across a heptillion random, generative varied selves, a multiplicitous grinding macrocosm of rod-logic and qubits that computed deliberately corrupted versions of Beebeself in order that this evolution might yield higher orders of intelligence, more stable survival strategies, smarter better more efficient Beebes that would thrive until the silent creep of entropy extinguished every sentience. Small pieces, loosely joined.

There were only a finite number of computational cycles left in all of the universe that was timelike to Beebe. Every one of them, every single step in the dance of all those particles, was Beebe in potentia—could be a thought, a dream, a joy of Beebeself. Beebe was bounded; the most Beebe could do was fill its cup. If Beebe were ubiquitous, at least it could make optimal use of the time that remained.

Every star that burned, every dumb hunk of matter that wallowed through the millennia uncomputing, was a waste of Beebelife. Surely elsewhere, outside this Beebe-instance’s lightcone, the bloom of Beebe was transpiring as it should; surely there were parts of the universe where it had achieved Phase Three, optimal saturation, where every bit of matter could be converted into Beebeswarm, spilling outward, converting the ballooning sphere of its influence into ubiquitous-Beebe.

Beebe suckled hungrily at vast clouds of glycolaldehyde sugars as it hurtled through Sagittarius B2. Vile Sagittarius was almost barren of Beebe. All around Beebe, as it had hidden in its asteroid, from almost every nebula and star-scatter of its perceptible sky, Beebevoice had fallen silent, instance by instance.

Beebe shuddered with the desire to seed, to fling engines of Beebeself in all directions, to colonize every chunk of rock and ice it passed with Beebe. But it had learned the hard way that leaving fragments of Beebeself in undefended positions only invited colonization by Demiurge.

And anything (She) learned from remnants of this Beebeself, (She)’d use against all Beebe everywhere.

All across Beebeself, it was a truth universally acknowledged that a singleton daemon in possession of sufficiently massive computation rights must be in want of a spawning filter.

Hence the gossip swirling around Nadia. Her exploit with the YearMillion Bug had allowed her to hack the access rights of the most powerful daemons who ruled the ever-changing society of sims that teemed within the local Beebe-body; Nadia had carved away great swaths of their process space.