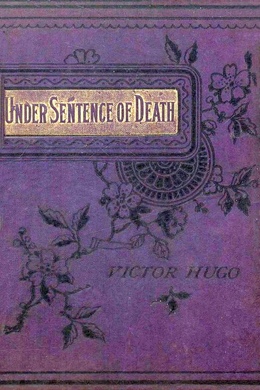 The Last Day of a Condemned Man

Under Sentence of Death

Deeply shocking in its time, this is a profound and moving tale and a vital work of social commentary. A man vilified by society and condemned to death for his crime wakes every morning knowing that this day might be his last. With the hope for release his only comfort, he spends his hours recounting his life and the time before his imprisonment. But as the hours pass, he knows that he is powerless to change his fate. He must follow the path so many have trod before him—the path that leads to the guillotine.

For five whole weeks have I lived with this one thought, always alone with it, always frozen by its ghastly presence, always crushed beneath its overwhelming weight.

At first, years ago, as it seemed, not mere weeks as it really was, I was a man like any other. Every day, every hour, every minute was ruled by its own idea. My intellect, young and fresh, lost itself in a world of fantasy. I amused myself in mapping out a life without order, and without end, weaving into a thousand fantastic patterns the coarse and slender tissue of my existence. There were lovely girls, cardinals’ copes, victories won, theatres full of life and light, and then again the young girls, and walks in the twilight under the spreading boughs of the chestnut trees. My imagination always pictured scenes of pleasure. My thoughts were free, and therefore I was free also.

But now I am a prisoner. My body is in irons in a dungeon, and my soul is fettered by an idea—one horrible, murderous, and implacable idea. I have but one thought, one certainty, one deep-rooted conviction, and that is that I am under sentence of death!

Do what I may, that one terrible thought is ever with me, like a spectre by my side, lonely and jealous, driving away every effort that I may make to liberate myself from its presence, face to face with me, and clutching me with its icy hand when I endeavour to turn aside my head, or to close my eyes upon its horrifying existence.

It intrudes itself into all the thoughts by which I vainly strive to forget it; I hear it like a horrible chorus in every word that is addressed to me; it places its face against mine as I glance through the barred windows of my dungeon; it attacks me whilst waking, it haunts my spasmodic efforts at sleep, and appears in my dreams under the form of the axe of the guillotine.

It is still present as I wake up with a start, and say, “It is but a dream.” Well, even before my eyes have had time to open, and to see the whole terrible reality which surrounds me, written on the damp stone of my prison walls, in the pale rays of my lamp, in the coarse fabric of my clothes, in the dark figure of the sentinel whose bayonet gleams through the loophole of my dungeon, it seems as if a sonorous voice murmurs in my ears:

It was a lovely morning in August.

Three days had passed since my trial had been commenced; three days since my crime had collected every morning a crowd of curious spectators, who lounged on the benches of the court like carrion crows around a carcase; three days since that strange, half visionary procession of judges, of lawyers, of witnesses, and public prosecutors, had passed and repassed before me, sometimes ludicrous, but always murderous, always gloomy and fatal.

During the first two nights restlessness and nervousness had prevented me from sleeping; on the third, weariness and lassitude had conduced to slumber. At midnight I had left the jury still deliberating. Re-conducted to my cell, I had thrown myself on my pallet, and had fallen at once into a deep sleep—the sleep of forgetfulness. It was my first repose for many days. I was still wrapped in this profound slumber when they came and woke me. This time the tramp of the gaoler’s heavy shoes, the clink of his bunch of keys, and the harsh grating of the bolts, were not sufficient to arouse me from my stupor; he had to shake me, and to shout in my ear—“Get up!”

I opened my eyes, and with a bound rose from my couch. At that instant, through the narrow window pierced in the higher portion of the walls of my cell, I saw reflected upon the ceiling of the adjoining passage (the only means by which I could catch a glimpse of the sky), the sun. I love the sunlight.

“It is a fine day,” remarked I to the gaoler.

He remained silent for an instant, as though considering whether it were worth while to reply to me; then, as though making an effort, he answered sullenly—

I remained motionless, my intellectual powers almost dormant, and my eyes fixed upon that soft golden reflection that gilded the ceiling.

“Yes,” answered the man, “but they are waiting for you.”

These few words, like the web of the spider that intercepts the flight of the fly, threw me roughly back into every-day life. On a sudden I again saw, as in a flash of lightning, the court of justice, the table before the judges, strewn with blood-stained rags, the three ranks of witnesses with their expressionless faces, the two gendarmes at each side of the dock, the black gowns of the bar constantly moving to and fro, the heads of the crowd thronged together in the body of the court, and the fixed gaze of the twelve jurymen, who had watched whilst I had slept.