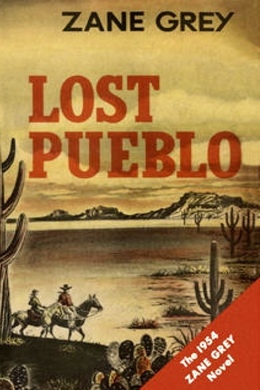 Kidnapped from a soft life, millionaire’s daughter Janey Endicott is forced to join an archaeological expedition. But the harsh realities facing her are softened by the prospect of a new love.

A tale of romance in the Old West. The heroine is Jane Endicott – a spirited young woman who travels to Arizona with her father. She falls in love with this rough and rugged frontier – not to mention the eligible young cowboys. Her father, rushing in where angels fear to tread, tries to match her with the son of an old friend. Complications arise.

Janey Endicott did not see anything of Arizona until morning. The train had crossed the state line after dark. New Mexico, however, with its bleak plains and rugged black ranges, its lonely reaches, had stirred in her quite new sensations. Her father had just knocked upon her door, awakening her at an unusual hour. She had leaped at her father’s casual proposal to take a little trip West with him, but it had begun to have a rather interesting significance to her. And Janey was not so sure how she was going to take it.

They had arrived at Flagerstown late in the night, and Janey had gone to bed tired out. Upon awakening this morning, she was surprised at an absence of her usual languor. She appeared wide awake in a moment. The sun streamed in at the window, very bright and golden; and the air that blew in with it was sharp and cold.

“Gee! I thought someone said it was springtime,” said Janey, as she quickly got into slippers and dressing gown. Then she looked out of her window. Evidently the little hotel was situated on the outskirts of town. She saw a few scattered houses on each side, among the pine trees. There were rugged gray rocks, covered with vines and brush. The pines grew thicker and merged into a dark green forest. In the distance showed white peaks against the deep blue of sky. Janey had an inkling that she was going to like this adventure.

She did not care to admit it, but, although she was only twenty years old, she had found a good deal to pall on her at home in the East. Serious thought appeared to be something she generally shunned; yet to her, now and then, it came involuntarily.

While she dressed she pondered upon the situation. She had never been West before. After college there had been European travel, and then the usual round of golf, motoring, dancing, with all that went with them. She was well aware of her father’s dissatisfaction with her generation. Despite his attitude he had seldom interfered with her ways of being happy. This trip had a peculiar slant, now that she scrutinized it closely. They were to meet a young archaeologist here in Flagerstown, and probably arrange to have him take them to the canyon and other scenic places. Janey had become acquainted with him in New York, where he had been lecturing on the prehistoric ruins of the Southwest. Phillip Randolph had struck Janey as being different from the young men she played about with, but insofar as her charms were concerned he was as susceptible as the rest. Randolph had never betrayed his feelings by word or action. He had seemed a manly, quiet sort of chap, college bred, but somewhat old-fashioned in his ways, and absorbed in his research work. Janey had liked him too well to let him see much of her. Not until she and her father had been out West did he mention that he expected to meet Randolph. Then she was reminded that her father had been quite taken with the young archaeologist. It amused Janey.

“Dad might have something up his sleeve,” she soliloquized. “I just don’t quite get him lately.”

Janey found him in the comfortable sitting room, reading a newspaper before an open fireplace. He was a well-preserved man of sixty, handsome and clean-cut of face, a typical New Yorker, keen and worldly, yet of kindly aspect.

“Good morning, Janey,” he said, folding his paper and smiling up at her. “I see you’ve dispensed with at least some of your make-up. You look great.”

“I confess I feel great,” responded Janey, frankly. “Must be this Arizona air. Lead me to some lamb chops, Dad.”

At breakfast Janey caught a twinkle in her father’s fine eyes. He was pleased that she appeared hungry and not inclined to find fault with the food and drink served. Janey felt he had more on his mind than merely giving her a good time. It might well be that he was testing a theory of his own relative to the reaction of an oversophisticated young woman to the still primitive West.

“Randolph sent word that he could not meet us here,” remarked her father. “We will motor out to a place called Mormon Canyon. It’s a trading post, I believe. Randolph will be there.”

“We’ll ride into the desert?” asked Janey, with enthusiasm.

“Nearly a hundred miles. I daresay it will be a ride you’ll remember. Janey, will you wear that flimsy dress?”

“Very well. Better pack at once. I’ve ordered a car.”