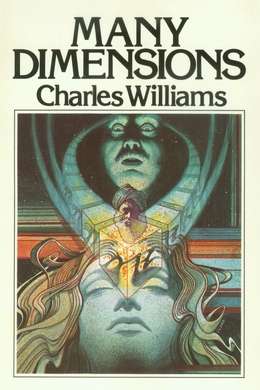 The fabled Stone of Suleiman (King Solomon) is illegally purchased from its Islamic guardian in Baghdad by an evil antique dealer. On returning to England he discovers not only that the Stone can multiply itself infinitely without diminishing the original, but that it also allows its possessor to transcend the barriers of space, time, and thought. A penetrating study exploring the relationship between predestination and free will.

‘Do you mean,’ Sir Giles said, ‘that the thing never gets smaller?’

‘Never,’ the Prince answered. ‘So much of its virtue has entered into its outward form that whatever may happen to it there is no change. From the beginning it was as it is now.’

‘Then by God, sir,’ Reginald Montague exclaimed, ‘you’ve got the transport of the world in your hands.’

Neither of the two men made any answer. The Persian, sitting back in his chair, and Sir Giles, sitting forward on the edge of his, were both gazing at the thing which lay on the table. It was a circlet of old, tarnished, and twisted gold, in the centre of which was set a cubical stone measuring about half an inch every way, and having apparently engraved on it certain Hebrew letters. Sir Giles picked it up, rather cautiously, and concentrated his gaze on them. The motion awoke a doubt in Montague’s mind.

‘But supposing you chipped one of the letters off?’ he asked. ‘Aren’t they awfully important? Wouldn’t that destroy the–the effect?’

‘They are the letters of the Tetragrammaton,’ the Persian said drily, ‘if you call that important. But they are not engraved on the Stone; they are in the centre–they are, in fact, the Stone.’

‘O!’ Mr. Montague said vaguely, and looked at his uncle Sir Giles, who said nothing at all. This, after a few minutes, seemed to compel Montague to a fresh attempt.

‘You see, sir?’ he said, leaning forward almost excitedly. ‘If what the Prince says is true, and we’ve proved that it is, a child could use it.’

‘You are not, I suppose,’ the Persian asked, ‘proposing to limit it to children? A child could use it, but in adult hands it may be more dangerous.’

‘Dangerous be damned,’ Montague said more excitedly than before, ‘It’s a marvellous chance–it’s … it’s a miracle. The thing’s as simple as pie. Circlets like this with the smallest fraction of the Stone in each. We could ask what we liked for them–thousands of pounds each, if we like. No trains, no tubes, no aeroplanes. Just the thing on your forehead, a minute’s concentration, and whoosh!’

The Prince made a sudden violent movement, and then again a silence fell.

It was late at night. The three were sitting in Sir Giles Tumulty’s house at Ealing–Sir Giles himself, the traveller and archaeologist; Reginald Montague, his nephew and a stockbroker; and the Prince Ali Mirza Khan, First Secretary to the Persian Ambassador at the court of St. James. At the gate of the house stood the Prince’s car; Montague was playing with a fountain-pen; all the useful tricks of modern civilization were at hand. And on the table, as Sir Giles put it slowly down, lay all that was left of the Crown of Suleiman ben Daood, King in Jerusalem.

Sir Giles looked across at the Prince. ‘Can you move other people with it, or is it like season-tickets?’

‘I do not know,’ the Persian said gravely. ‘Since the time of Suleiman (may the Peace be upon him!) no one has sought to make profit from it.’

‘Or if they have,’ the Prince went on, ‘they and their names and all that they did have utterly perished from the earth.’

‘Ha!’ said Mr. Montague again, a little blankly. ‘O well, we can see. But you take my advice and get out of Rails. Look here, uncle, we want to keep this thing quiet.’

‘Eh?’ Sir Giles said. ‘Quiet? No, I don’t particularly want to keep it quiet. I want to talk to Palliser about it–after me he knows more about these things than anyone. And I want to see Van Eilendorf–and perhaps Cobham, though his nonsense about the double pillars at Baghdad was the kind of tripe that nobody but a broken-down Houndsditch sewer-rat would talk.’

The Prince stood up. ‘I have shown you and told you these things,’ he said, ‘because you knew too much already, and that you may see how very precious is the Holy Thing which you have there. I ask you again to restore it to the guardians from whom you stole it. I warn you that if you do not—-‘

‘Whether you stole by bribery or by force is no matter,’ the Prince went on. ‘You very well know that he who betrayed it to you broke the trust of generations. I do not know what pleasure you find in it or for what you mean to use it, unless indeed you will make it a talisman for travel. But however that may be, I warn you that it is dangerous to all men and especially dangerous to such unbelievers as you. There are dangers within the Stone, and other dangers from those who were sworn to guard the Stone. I offer you again as much money as you can desire if you will return it.’

‘O well, as to money,’ Reginald Montague said, ‘of course my uncle will have a royalty–a considerable royalty–on all sales and that’ll be a nice little bit in a few months. Yours isn’t a rich Government anyhow, is it? How many millions do you owe us?’