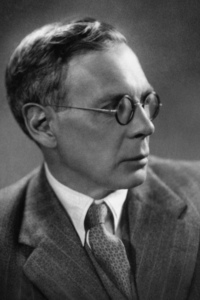 Charles Walter Stansby Williams was a British poet, novelist, playwright, theologian, literary critic, and member of the Inklings. Although chiefly remembered as a novelist, Williams also published poetry, works of literary criticism, theology, drama, history, biography, and a voluminous number of book reviews. Some of his best known novels are War in Heaven, Descent into Hell, and All Hallows’ Eve.

“He is writing that sort of book in which we begin by saying, let us suppose that this everyday world were at some one point invaded by the marvelous”— C.S. Lewis on Charles Williams’s novels

This play contains no thesis of Shakespeare’s life, character, or genius, except that he was a born poet and working dramatist. The scenes included were...read more »

Williams’ biographical account of the life of Sir Francis Bacon was first published in 1933. He identified five major modes of thought that he believed ...read more »

Descent deals with various forms of selfishness, and how the cycle of sin brings about the necessity for redemptive acts. In it, an academic becomes so ...read more »

Henry VII is less spectacular than his descendants, but not less interesting or even exciting. The first of the Tudors has been less written about than ...read more »

The fabled Stone of Suleiman (King Solomon) is illegally purchased from its Islamic guardian in Baghdad by an evil antique dealer. On returning to Engl...read more »

When platonic archetypes begin to invade London and the heavenly world intrudes on our own, a small number of people who know what is happening react in...read more »

The Holy Grail mysteriously surfaces in an obscure country parish becoming a sacramental object to protect, or a vessel of power to exploit. Williams gi...read more »