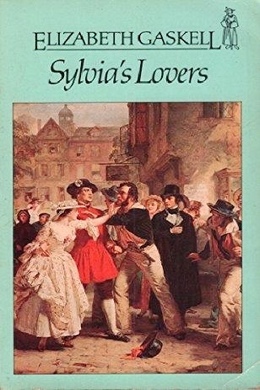 The tragic tale of a young woman caught between the attractions of two very different men. England is at war with France, and press gangs are seizing young men for service. Charley Kinraid, a whaling harpooner who captured the heart of Sylvia Robson, was one of their victims. After her true love is believed to have perished at sea, Sylvia seeks stability in a loveless arranged marriage to her devoted cousin, Philip Hepburn. But her husband deliberately withholds crucial information—with devastating consequences.

On the north-eastern shores of England there is a town called Monkshaven, containing at the present day about fifteen thousand inhabitants. There were, however, but half the number at the end of the last century, and it was at that period that the events narrated in the following pages occurred.

Monkshaven was a name not unknown in the history of England, and traditions of its having been the landing-place of a throneless queen were current in the town. At that time there had been a fortified castle on the heights above it, the site of which was now occupied by a deserted manor-house; and at an even earlier date than the arrival of the queen and coeval with the most ancient remains of the castle, a great monastery had stood on those cliffs, overlooking the vast ocean that blended with the distant sky. Monkshaven itself was built by the side of the Dee, just where the river falls into the German Ocean. The principal street of the town ran parallel to the stream, and smaller lanes branched out of this, and straggled up the sides of the steep hill, between which and the river the houses were pent in. There was a bridge across the Dee, and consequently a Bridge Street running at right angles to the High Street; and on the south side of the stream there were a few houses of more pretension, around which lay gardens and fields. It was on this side of the town that the local aristocracy lived. And who were the great people of this small town? Not the younger branches of the county families that held hereditary state in their manor-houses on the wild bleak moors, that shut in Monkshaven almost as effectually on the land side as ever the waters did on the sea-board. No; these old families kept aloof from the unsavoury yet adventurous trade which brought wealth to generation after generation of certain families in Monkshaven.

The magnates of Monkshaven were those who had the largest number of ships engaged in the whaling-trade. Something like the following was the course of life with a Monkshaven lad of this class:–He was apprenticed as a sailor to one of the great ship-owners–to his own father, possibly–along with twenty other boys, or, it might be, even more. During the summer months he and his fellow apprentices made voyages to the Greenland seas, returning with their cargoes in the early autumn; and employing the winter months in watching the preparation of the oil from the blubber in the melting-sheds, and learning navigation from some quaint but experienced teacher, half schoolmaster, half sailor, who seasoned his instructions by stirring narrations of the wild adventures of his youth. The house of the ship-owner to whom he was apprenticed was his home and that of his companions during the idle season between October and March. The domestic position of these boys varied according to the premium paid; some took rank with the sons of the family, others were considered as little better than servants. Yet once on board an equality prevailed, in which, if any claimed superiority, it was the bravest and brightest. After a certain number of voyages the Monkshaven lad would rise by degrees to be captain, and as such would have a share in the venture; all these profits, as well as all his savings, would go towards building a whaling vessel of his own, if he was not so fortunate as to be the child of a ship-owner. At the time of which I write, there was but little division of labour in the Monkshaven whale fishery. The same man might be the owner of six or seven ships, any one of which he himself was fitted by education and experience to command; the master of a score of apprentices, each of whom paid a pretty sufficient premium; and the proprietor of the melting-sheds into which his cargoes of blubber and whalebone were conveyed to be fitted for sale. It was no wonder that large fortunes were acquired by these ship-owners, nor that their houses on the south side of the river Dee were stately mansions, full of handsome and substantial furniture. It was also not surprising that the whole town had an amphibious appearance, to a degree unusual even in a seaport. Every one depended on the whale fishery, and almost every male inhabitant had been, or hoped to be, a sailor. Down by the river the smell was almost intolerable to any but Monkshaven people during certain seasons of the year; but on these unsavoury ‘staithes’ the old men and children lounged for hours, almost as if they revelled in the odours of train-oil.