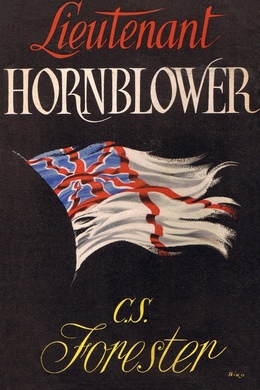 The nineteenth century dawns and the Napoleonic Wars rage as Horatio Hornblower is ordered to the Caribbean and dangerous waters. New Lieutenant Hornblower’s latest ship is HMS Renown, a sound vessel whose captain is unfortunately of rather unsound mind. When ordered to attack a Spanish anchorage, the chain of command breaks down and it requires all of Hornblower’s seafaring cunning to avert disaster. As cannons pound and splinters fly aboard their beleaguered vessel, and the men are forced to engage at close quarters, the young lieutenant knows that to save his ship and crew he must prove himself a master of the high seas.

Lieutenant William Bush came on board H.M.S. Renown as she lay at anchor in the Hamoaze and reported himself to the officer of the watch, who was a tall and rather gangling individual with hollow cheeks and a melancholy cast of countenance, whose uniform looked as if it had been put on in the dark and not readjusted since.

“Glad to have you aboard, sir” said the officer of the watch. “My name’s Hornblower. The captain’s ashore. First lieutenant went for’ard with the bosun ten minutes ago.”

He looked keenly round him at the infinity of activities which were making the ship ready for a long period of service in distant waters.

“Hey there! You at the stay tackles! Handsomely! Handsomely! Belay!” Hornblower was bellowing this over Bush’s shoulder. “Mr. Hobbs! Keep an eye on what your men are doing there!”

A paunchy individual with a thick grey pigtail came rolling aft to where Hornblower stood with Bush at the gangway. He blinked up at Hornblower with the sun in his eyes; the sunlight lit up the sprouting grey beard on his tiers of chins.

“Mr. Hobbs!” said Hornblower. He spoke quietly, but there was an intensity of spirit underlying his words that surprised Bush. “That powder’s got to come aboard before nightfall and you know it. So don’t use that tone of voice when replying to an order. Answer cheerfully another time. How are you going to get the men to work if you sulk? Get for’ard and see to it.”

Hornblower was leaning a little forward as he spoke; the hands which he clasped behind him served apparently to balance the jutting chin, but his attitude was negligent compared with the fierce intensity with which he spoke, even though he was speaking in an undertone inaudible to all except the three of them.

Bush was making a mental note that this Hornblower was a firebrand when he met his glance and saw to his surprise a ghost of a twinkle in their melancholy depths. In a flash of insight he realised that this fierce young lieutenant was not fierce at all, and that the intensity with which he spoke was entirely assumed–it was almost as if Hornblower had been exercising himself in a foreign language.

“If they once start sulking you can’t do anything with ‘em” explained Hornblower, “and Hobbs is the worst of ‘em–acting-gunner, and no good. Lazy as they make ‘em.”

The duplicity–play acting–of the young lieutenant aroused a momentary suspicion in Bush’s mind. A man who could assume an appearance of wrath and abandon it again with so much facility was not to be trusted. Then, with an inevitable reaction, the twinkle in the brown eyes called up a responsive twinkle in Bush’s frank blue eyes, and he felt a friendly impulse towards Hornblower, but Bush was innately cautious and checked the impulse at once, for there was a long voyage ahead of them and plenty of time for a more considered judgment. Meanwhile he was conscious of a keen scrutiny, and he could see that a question was imminent–and even Bush could guess what it would be. The next moment proved him right.

“What’s the date of your commission?” asked Hornblower.

“Thank you” said Hornblower in a flat tone that conveyed so little information that Bush had to ask the question in his turn.

“What’s the date of yours?”

“Are you the junior lieutenant, then?”

His tone did not reveal any disappointment that the newcomer had proved to be senior to him, but Bush could guess at it. Bush knew by very recent experience what it was to be the junior lieutenant in a ship of the line.

“I’ll be third?” mused Bush, more to himself than to anyone else.