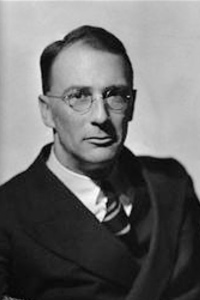 Several of his works were filmed, most notably The African Queen, directed by John Huston in 1951 and starring Humphrey Bogart and Katharine Hepburn, Captain Horatio Hornblower (1951) staring Gregory Pec, and Sink the Bismarck!, released in 1960 starring Kenneth More, which was based on Hunting the Bismarck.

In addition to his novels of seafaring life, Forester published two crime novels Payment Deferred and Plain Murder, and two children’s books, Poo-Poo and the Dragons and The Barbary Pirates.

May 1810, seventeen years deep into the Napoleonic Wars. Captain Horatio Hornblower is newly in command of his first ship of the line, the seventy-four-...read more »

1812 and the fate of Europe lies in the hands of newly appointed Commodore Hornblower. Dispatched to northern waters, Hornblower will protect Britain’s ...read more »

Forced to surrender his ship, the Sutherland, after a long and bloody battle, Captain Horatio Hornblower now bides his time as a prisoner in a French fo...read more »

January 1808, Hornblower is called upon to act as a bargeman while traveling with his wife and baby son to London where he is to take command of the Atr...read more »

The Peace of Amiens is breaking down. Napoleon is building ships and amassing an army just across the Channel. Horatio Hornblower, who, at age twenty-se...read more »

In 1941, Hitler’s deadly Bismarck, the fastest battleship afloat, broke out into the Atlantic. Its mission: to cut the lifeline of British shipping and ...read more »

The nineteenth century dawns and the Napoleonic Wars rage as Horatio Hornblower is ordered to the Caribbean and dangerous waters. New Lieutenant Hornblo...read more »

Weary of the war that he has waged nearly his entire life, Hornblower finds himself assigned an especially dangerous and dubious new task; to rescue a m...read more »

The year is 1793, the eve of the Napoleonic Wars, and Horatio Hornblower, a seventeen-year-old boy unschooled in seafaring and the ways of seamen, is or...read more »

At the Universal Advertising Agency on the Strand, London, a murder is being planned. Three men have been discovered taking bribes and face the grim pro...read more »

Forester came up with the premise for the book while he was at home in the Berkeley hills, minding his two boys while his wife Kathleen was away. The yo...read more »

A classic story of adventure and romance, perhaps better known as the novel that inspired the legendary movie starring Katherine Hepburn and Humphrey Bo...read more »

The Captain from Connecticut (1941)

No one but a madman would put to sea in such conditions. A blizzard cut visibility to yards. Long Island Sound was galloping whitecaps. But in this seco...read more »

Herbert Curzon is a former cavalry officer who earned fortuitous distinction in the Boer War. He knew little then; he learned nothing since. But the arm...read more »