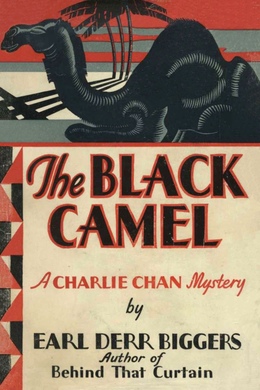 In Charlie Chan’s fourth outing the ‘camel’, or death itself according to the Chinese proverb, has ‘knelt by the gate’ of a glamorous Hollywood actress who is visiting Honolulu. More accurately, she has been murdered-stabbed through the heart-and Inspector Chan must unravel the web of secrets and intrigue that surrounds her and the colourful cast of characters of her entourage-any one of whom could be a killer! These new editions of one crime fiction’s most iconic detectives allow readers to join Charlie Chan as he creates progeny and triumphs of detection with equally inscrutable aplomb.

Morning at the Crossroads

The Pacific is the loneliest of oceans, and travelers across that rolling desert begin to feel that their ship is lost in an eternity of sky and water. But if they are journeying from the atolls of the South Seas to the California coast, they come quite suddenly upon a half-way house. So those aboard the Oceanic had come upon it shortly after dawn this silent July morning. Brown misty peaks rose from the ocean floor, incredible, unreal. But they grew more probable with each moment of approach, until finally the watchers at the rail were thrilled to distinguish the bright green island of Oahu, streaked with darker folds where lurk the valley rains.

The Oceanic swung about to the channel entrance. There stood Diamond Head, like a great lion–if you want the time-worn simile–crouched to spring. A crouching lion, yes; the figure is plausible up to that point; but as for springing–well, there has never been the slightest chance of that. Diamond Head is a kamaaina of the islands, and has long ago sensed the futility of acting on impulse–of acting, as a matter of fact, at all.

A woman traveler stood by the starboard rail on the boat deck, gazing at the curved beach of Waikiki and, up ahead, the white walls of Honolulu half hidden in the foliage behind the Aloha Tower. A handsome woman in her early thirties, she had been a source of unending interest to her fellow passengers throughout that hot monotonous voyage from Tahiti. No matter in what remote corner of the world you have been hiding, you would have recognized her at once, for she was Shelah Fane of the pictures, and hers was a fame equal to that of any president or king.

“A great piece of property” film salesmen had called her for eight years or more, but now they had begun to shake their heads. “Not so good. She’s slipping.” Golden lads and lasses must, like chimney-sweepers, come to dust, which is something the film stars think about when they can not sleep of nights. Shelah had not been sleeping well of late, and her eyes, as they rested on peaceful Tantalus with its halo of fleecy cloud, were sad and a little wistful.

She heard a familiar step on the deck behind her and turned. A broad, powerful, keen-looking man was smiling down at her.

“A bit anxious,” he replied. He joined her at the rail. His was a face that had never known Klieg lights and make-up; it was deeply lined and bronzed by tropic suns. “Journey’s end, Shelah–for you at least,” he added, laying his hand over hers. “Are you sorry?”

She hesitated a moment. “Rather sorry–yes. I shouldn’t have cared if we had just sailed on and on.”

“Nor I.” He stared at Honolulu with the bright look of interest that comes naturally to British eyes at sight of a new port, a new anchorage. The ship had come to a stop at the channel entrance, and a launch bearing the customs men and the doctor was speeding toward it.

“You haven’t forgotten?” The Britisher turned back to Shelah Fane. “This isn’t journey’s end for me. You know I’m leaving you behind here to-night. Sailing out at midnight on this same ship–and I must have your answer before I go.”

She nodded. “You shall have it before you go. I promise.”

For a brief moment he studied her face. A marked change had crept over her at the sight of land. She had come back from the little world of the ship to the great world whose adoration she expected and thrived on. No longer calm, languorous, at peace, her eyes were alight with a restless flame, her small foot tapped nervously on the deck. A sudden fear overwhelmed him, a fear that the woman he had known and worshiped these past few weeks was slipping from him for ever.

“Why must you wait?” he cried. “Give me your answer now.”

“No, no,” she protested. “Not now. Later to-day.” She glanced over her shoulder. “Were there reporters on the launch, I wonder?”

A tall, handsome, hatless youth with a mop of blond hair waving in the breeze rushed up to her. His energy was a challenge to the climate.

“Hello, Miss Fane. Remember me? Met you when you went through here on your way south. Jim Bradshaw, of the Tourist Bureau, press-agent of beauty, contact man for Paradise. Our best aloha–and here’s a lei to prove it.” He hung a fragrant garland about her neck, while the man she had called Alan moved quietly away.

“You’re awfully kind,” Shelah Fane told him. “Of course I remember you. You seemed so glad to see me. You do now.”