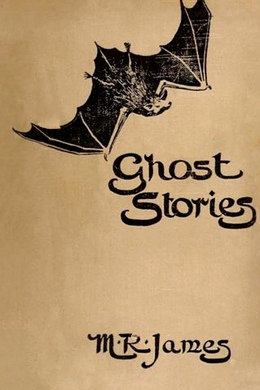 Ghost Stories of an Antiquary

Renowned for their wit, erudition and suspense, these stories are each masterfully constructed and represent a high achievement in the ghost genre. The details of horror are almost never explicit, the stories relying on a gentle, bucolic background to emphasise the awfulness of the otherworldly intrusions. James’ style of writing can be considered as gothic.

St Bertrand de Comminges is a decayed town on the spurs of the Pyrenees, not very far from Toulouse, and still nearer to Bagnères-de-Luchon. It was the site of a bishopric until the Revolution, and has a cathedral which is visited by a certain number of tourists. In the spring of 1883 an Englishman arrived at this old-world place–I can hardly dignify it with the name of city, for there are not a thousand inhabitants. He was a Cambridge man, who had come specially from Toulouse to see St Bertrand’s Church, and had left two friends, who were less keen archaeologists than himself, in their hotel at Toulouse, under promise to join him on the following morning. Half an hour at the church would satisfy them, and all three could then pursue their journey in the direction of Auch. But our Englishman had come early on the day in question, and proposed to himself to fill a note-book and to use several dozens of plates in the process of describing and photographing every corner of the wonderful church that dominates the little hill of Comminges. In order to carry out this design satisfactorily, it was necessary to monopolize the verger of the church for the day. The verger or sacristan (I prefer the latter appellation, inaccurate as it may be) was accordingly sent for by the somewhat brusque lady who keeps the inn of the Chapeau Rouge; and when he came, the Englishman found him an unexpectedly interesting object of study. It was not in the personal appearance of the little, dry, wizened old man that the interest lay, for he was precisely like dozens of other church-guardians in France, but in a curious furtive or rather hunted and oppressed air which he had. He was perpetually half glancing behind him; the muscles of his back and shoulders seemed to be hunched in a continual nervous contraction, as if he were expecting every moment to find himself in the clutch of an enemy. The Englishman hardly knew whether to put him down as a man haunted by a fixed delusion, or as one oppressed by a guilty conscience, or as an unbearably henpecked husband. The probabilities, when reckoned up, certainly pointed to the last idea; but, still, the impression conveyed was that of a more formidable persecutor even than a termagant wife.

However, the Englishman (let us call him Dennistoun) was soon too deep in his note-book and too busy with his camera to give more than an occasional glance to the sacristan. Whenever he did look at him, he found him at no great distance, either huddling himself back against the wall or crouching in one of the gorgeous stalls. Dennistoun became rather fidgety after a time. Mingled suspicions that he was keeping the old man from his déjeuner, that he was regarded as likely to make away with St Bertrand’s ivory crozier, or with the dusty stuffed crocodile that hangs over the font, began to torment him.

‘Won’t you go home?’ he said at last; ‘I’m quite well able to finish my notes alone; you can lock me in if you like. I shall want at least two hours more here, and it must be cold for you, isn’t it?’

‘Good heavens!’ said the little man, whom the suggestion seemed to throw into a state of unaccountable terror, ‘such a thing cannot be thought of for a moment. Leave monsieur alone in the church? No, no; two hours, three hours, all will be the same to me. I have breakfasted, I am not at all cold, with many thanks to monsieur.’

‘Very well, my little man,’ quoth Dennistoun to himself: ‘you have been warned, and you must take the consequences.’

Before the expiration of the two hours, the stalls, the enormous dilapidated organ, the choir-screen of Bishop John de Mauléon, the remnants of glass and tapestry, and the objects in the treasure-chamber had been well and truly examined; the sacristan still keeping at Dennistoun’s heels, and every now and then whipping round as if he had been stung, when one or other of the strange noises that trouble a large empty building fell on his ear. Curious noises they were, sometimes.