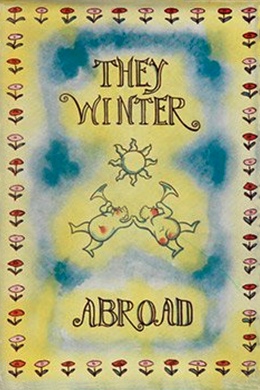 White’s exciting and engrossing novel of a glittering resort hotel, where every room was the setting for a private drama, and the most forbidden dreams could come shockingly true.

Statistics shew, or they ought to shew, that one out of every four of those young ladies whom you meet in the hunting-field is doomed to die a maiden. That nearly-young person, for instance, who wears a bowler hat and a cigarette drooping beneath her prominent nose, who has just nibbled your horse’s tail, bumped you into a ditch, and accused your mount of kicking: her pale viperish eye seems unlikely ever to gleam upon a sweetheart. Her father will die, her elder brother will inherit the estate. Even after he is married that auburn vixen will continue to ride his horses. But she will be so rude to his wife, so unpleasant to his servants, and so bad for his stable, that something will be bound to happen sooner or later. By slow attrition, or by a single downright uproar, she will be ousted from her father’s house. She will no longer cram herself in front of you at the gates: her strident vituperation of other people because she cannot hold her own horse will cease to echo round the warm-lying coverts: she will disappear.

You will wonder whether she has died; whether some sagacious creature has had the sense to fall with her into a deep ditch, and there to lie upon her in good holding mud until she suffocated. You will imagine her corpse, with fragments of that hanging cigarette stuffed into the mouth, with the glazed indefatigable eyes staring upwards in a last accusation. You may even be sorry that she died such a pleasant death.

There are five reasons for leaving one’s native country. One may go on one’s honeymoon, in order to have leisure for private debauchery more or less incognito. One may make the Grand Tour from mere juvenile effervescence and secret hopes of vice. One may go to a place with the object of saying that one has been there. One may be a crusader or an expeditionary force. Or one may find oneself not wanted by one’s relations, and possibly wanted by the police, at home.

The Continent has done its best to provide for all these wants. The crusaders are accommodated in houses with red lights over the doors. The fugitives from justice can live at the Ambassadori in Rome, for five or six pounds a night. The newly-weds and the grand tourists can stay with great discomfort at expensive hotels in Naples. They are in the best of humours, and therefore stomach the expense; they are interested in other matters, and therefore do not feel their privations.

The Hotel Santo Biagio was the best hotel on the Sorrentine Peninsula, not as the most expensive or exclusive (the principle of exclusion being expense) but as the most considerate within the means of a normal income. All the guests of the Hotel Santo Biagio said it was the best hotel on the Sorrentine Peninsula for this reason. Secretly they would have preferred to stay at the Quisisana in Amalfi or the Vittoria Grande in Sorrento or the Cappuccini in Capri. But, since their incomes were not large enough to purchase exclusion as well as consideration, they united in supposing that the one was not compatible with the other. They always came for a week and stayed two months; and they did not forget to record the fact in the hotel album when they left. The hotel album began with:

My husband and I have stayed in the Hotel Santo Biagio for six weeks and we think it is a very comfortable hotel and we shall always recommend this hotel to our friends.—Angela Hopwood. 18.3.06.

Gathering momentum on its way, it ended with a burst of music:

The hotel itself stood on the eastern side of the valley at Positano. When the sun rose in orange mystery, like the ribbon of a war medal, if not worse, from behind the still slightly snow-capped summits of Monte Capaccio, tinting the plain of Salerno and the exhausted flat miles of sea, the hotel was far from receiving its warmth. Not until midday would the observant deity have noted its three rows of nude middle-aged gentle-people taking a short pre-prandial sunbath behind the three rows of blank semi-curtained windows which formed the frontage.