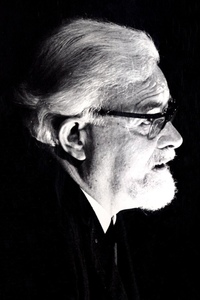 Terence Hanbury White was an English author best known for his sequence of Arthurian novels, The Once and Future King, first published together in 1958. One of his most memorable stories is the first of that series, “The Sword in the Stone”, published as a stand-alone book in 1938. Fantasy writer Michael Moorcock enjoyed White’s Arthurian novels and was especially influenced by the underpinnings of realism in his work, and eventually engaged in a “wonderful correspondence” with White, later recalling that “White [gave] me some very good advice on how to write”. J. K. Rowling has said that T. H. White’s writing strongly influenced the Harry Potter books; several critics have compared Rowling’s character Albus Dumbledore to White’s absent-minded Merlyn, and Rowling herself has described White’s Wart as “Harry’s spiritual ancestor.” Author Neil Gaiman was asked about the similarities between Harry Potter and Gaiman’s character Timothy Hunter, and he stated that he did not think Rowling had based her character on Hunter. “I said to [the reporter] that I thought we were both just stealing from T. H. White: very straightforward.” (source: Wikipedia)

The fourth book from the collection The Once and Future King by T. H. White. It deals with the last weeks of Arthur’s reign, his dealings with his son M...read more »

Described by T.H. White as a study in claustrophobia and fear. Police Inspector Buller is called upon to investigate two mysterious deaths in a Cambridg...read more »

So ten-year-old Maria, orphaned mistress of Malplaquet, discovers the secret of her deteriorating estate: on a deserted island at its far corner, in the...read more »

Lancelot, despite being the bravest of the knights, is ugly, and ape-like, so that he calls himself the Chevalier mal fet - “The Ill-Made Knight”. As a ...read more »

White’s masterful retelling of the saga of King Arthur is a fantasy classic as legendary as Excalibur and Camelot, and a poignant story of adventure, ro...read more »

Growing up in a colorful world peopled by knights in armor and fair damsels, foul monsters and evil witches, young Arthur slowly learns the code of the ...read more »

The Queen of Air and Darkness, is the second book in T. H. White’s epic work; The Once and Future King. It continues the story of the newly-crowned King...read more »

White’s exciting and engrossing novel of a glittering resort hotel, where every room was the setting for a private drama, and the most forbidden dreams ...read more »