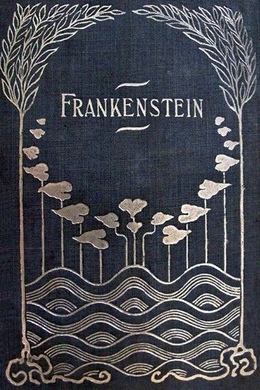 A monster assembled by a scientist from parts of dead bodies develops a mind of his own as he learns to loathe himself and hate his creator. Shelley’s suspenseful and intellectually rich gothic tale confronts some of the most important and enduring themes in all of literture–the power of human imagination, the potential hubris of science, the gulf between appearance and essence, the effects of human cruelty, the desire for revenge and the need for forgiveness, and much more.

I am by birth a Genevese, and my family is one of the most distinguished of that republic. My ancestors had been for many years counsellors and syndics, and my father had filled several public situations with honour and reputation. He was respected by all who knew him for his integrity and indefatigable attention to public business. He passed his younger days perpetually occupied by the affairs of his country; a variety of circumstances had prevented his marrying early, nor was it until the decline of life that he became a husband and the father of a family.

As the circumstances of his marriage illustrate his character, I cannot refrain from relating them. One of his most intimate friends was a merchant who, from a flourishing state, fell, through numerous mischances, into poverty. This man, whose name was Beaufort, was of a proud and unbending disposition and could not bear to live in poverty and oblivion in the same country where he had formerly been distinguished for his rank and magnificence. Having paid his debts, therefore, in the most honourable manner, he retreated with his daughter to the town of Lucerne, where he lived unknown and in wretchedness. My father loved Beaufort with the truest friendship and was deeply grieved by his retreat in these unfortunate circumstances. He bitterly deplored the false pride which led his friend to a conduct so little worthy of the affection that united them. He lost no time in endeavouring to seek him out, with the hope of persuading him to begin the world again through his credit and assistance. Beaufort had taken effectual measures to conceal himself, and it was ten months before my father discovered his abode. Overjoyed at this discovery, he hastened to the house, which was situated in a mean street near the Reuss. But when he entered, misery and despair alone welcomed him. Beaufort had saved but a very small sum of money from the wreck of his fortunes, but it was sufficient to provide him with sustenance for some months, and in the meantime he hoped to procure some respectable employment in a merchant’s house. The interval was, consequently, spent in inaction; his grief only became more deep and rankling when he had leisure for reflection, and at length it took so fast hold of his mind that at the end of three months he lay on a bed of sickness, incapable of any exertion.

His daughter attended him with the greatest tenderness, but she saw with despair that their little fund was rapidly decreasing and that there was no other prospect of support. But Caroline Beaufort possessed a mind of an uncommon mould, and her courage rose to support her in her adversity. She procured plain work; she plaited straw and by various means contrived to earn a pittance scarcely sufficient to support life.

Several months passed in this manner. Her father grew worse; her time was more entirely occupied in attending him; her means of subsistence decreased; and in the tenth month her father died in her arms, leaving her an orphan and a beggar. This last blow overcame her, and she knelt by Beaufort’s coffin weeping bitterly, when my father entered the chamber. He came like a protecting spirit to the poor girl, who committed herself to his care; and after the interment of his friend he conducted her to Geneva and placed her under the protection of a relation. Two years after this event Caroline became his wife.

There was a considerable difference between the ages of my parents, but this circumstance seemed to unite them only closer in bonds of devoted affection. There was a sense of justice in my father’s upright mind which rendered it necessary that he should approve highly to love strongly. Perhaps during former years he had suffered from the late-discovered unworthiness of one beloved and so was disposed to set a greater value on tried worth. There was a show of gratitude and worship in his attachment to my mother, differing wholly from the doting fondness of age, for it was inspired by reverence for her virtues and a desire to be the means of, in some degree, recompensing her for the sorrows she had endured, but which gave inexpressible grace to his behaviour to her. Everything was made to yield to her wishes and her convenience. He strove to shelter her, as a fair exotic is sheltered by the gardener, from every rougher wind and to surround her with all that could tend to excite pleasurable emotion in her soft and benevolent mind. Her health, and even the tranquillity of her hitherto constant spirit, had been shaken by what she had gone through. During the two years that had elapsed previous to their marriage my father had gradually relinquished all his public functions; and immediately after their union they sought the pleasant climate of Italy, and the change of scene and interest attendant on a tour through that land of wonders, as a restorative for her weakened frame.