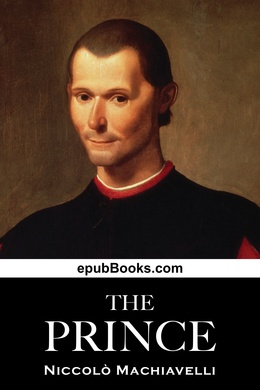 When Lorenzo de’ Medici seized control of the Florentine Republic in 1512, he summarily fired the Secretary to the Second Chancery of the Signoria and set in motion a fundamental change in the way we think about politics. The person who held the aforementioned office with the tongue-twisting title was none other than Niccolò Machiavelli, who, suddenly finding himself out of a job after 14 years of patriotic service, followed the career trajectory of many modern politicians into punditry. Unable to become an on-air political analyst for a television network, he only wrote a book. But what a book The Prince is. Its essential contribution to modern political thought lies in Machiavelli’s assertion of the then revolutionary idea that theological and moral imperatives have no place in the political arena. “It must be understood,” Machiavelli avers, “that a prince … cannot observe all of those virtues for which men are reputed good, because it is often necessary to act against mercy, against faith, against humanity, against frankness, against religion, in order to preserve the state.” With just a little imagination, readers can discern parallels between a 16th-century principality and a 20th-century presidency.

All states, all powers, that have held and hold rule over men have been and are either republics or principalities.

Principalities are either hereditary, in which the family has been long established; or they are new.

The new are either entirely new, as was Milan to Francesco Sforza, or they are, as it were, members annexed to the hereditary state of the prince who has acquired them, as was the kingdom of Naples to that of the King of Spain.

Such dominions thus acquired are either accustomed to live under a prince, or to live in freedom; and are acquired either by the arms of the prince himself, or of others, or else by fortune or by ability.

I will leave out all discussion on republics, inasmuch as in another place I have written of them at length, and will address myself only to principalities. In doing so I will keep to the order indicated above, and discuss how such principalities are to be ruled and preserved.

I say at once there are fewer difficulties in holding hereditary states, and those long accustomed to the family of their prince, than new ones; for it is sufficient only not to transgress the customs of his ancestors, and to deal prudently with circumstances as they arise, for a prince of average powers to maintain himself in his state, unless he be deprived of it by some extraordinary and excessive force; and if he should be so deprived of it, whenever anything sinister happens to the usurper, he will regain it.

We have in Italy, for example, the Duke of Ferrara, who could not have withstood the attacks of the Venetians in ‘84, nor those of Pope Julius in ‘10, unless he had been long established in his dominions. For the hereditary prince has less cause and less necessity to offend; hence it happens that he will be more loved; and unless extraordinary vices cause him to be hated, it is reasonable to expect that his subjects will be naturally well disposed towards him; and in the antiquity and duration of his rule the memories and motives that make for change are lost, for one change always leaves the toothing for another.

But the difficulties occur in a new principality. And firstly, if it be not entirely new, but is, as it were, a member of a state which, taken collectively, may be called composite, the changes arise chiefly from an inherent difficulty which there is in all new principalities; for men change their rulers willingly, hoping to better themselves, and this hope induces them to take up arms against him who rules: wherein they are deceived, because they afterwards find by experience they have gone from bad to worse. This follows also on another natural and common necessity, which always causes a new prince to burden those who have submitted to him with his soldiery and with infinite other hardships which he must put upon his new acquisition.

In this way you have enemies in all those whom you have injured in seizing that principality, and you are not able to keep those friends who put you there because of your not being able to satisfy them in the way they expected, and you cannot take strong measures against them, feeling bound to them. For, although one may be very strong in armed forces, yet in entering a province one has always need of the goodwill of the natives.

For these reasons Louis the Twelfth, King of France, quickly occupied Milan, and as quickly lost it; and to turn him out the first time it only needed Lodovico’s own forces; because those who had opened the gates to him, finding themselves deceived in their hopes of future benefit, would not endure the ill-treatment of the new prince. It is very true that, after acquiring rebellious provinces a second time, they are not so lightly lost afterwards, because the prince, with little reluctance, takes the opportunity of the rebellion to punish the delinquents, to clear out the suspects, and to strengthen himself in the weakest places. Thus to cause France to lose Milan the first time it was enough for the Duke Lodovico to raise insurrections on the borders; but to cause him to lose it a second time it was necessary to bring the whole world against him, and that his armies should be defeated and driven out of Italy; which followed from the causes above mentioned.

Nevertheless Milan was taken from France both the first and the second time. The general reasons for the first have been discussed; it remains to name those for the second, and to see what resources he had, and what any one in his situation would have had for maintaining himself more securely in his acquisition than did the King of France.