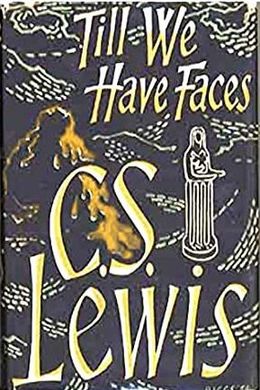 Till we have Faces

In this timeless tale of two mortal princesses - one beautiful and one unattractive - C. S. Lewis reworks the classical myth of Cupid and Psyche into an enduring piece of contemporary fiction. This is the story of Orual, Psyche’s embittered and ugly older sister, who posessively and harmfully loves Psyche. Much to Orual’s frustration, Psyche is loved by Cupid, the god of love himself, setting the troubled Orual on a path of moral development. Set against the backdrop of Glome, a barbaric, pre-Christian world, the struggles between sacred and profane love are illuminated as Orual learns that we cannot understand the intent of the gods ‘till we have faces’ and sincerity in our souls and selves.

I am old now and have not much to fear from the anger of gods. I have neither husband nor child, nor hardly a friend, through whom they can hurt me. My body, this lean carrion that still has to be washed and fed and have clothes hung about it daily with so many changes, they may kill as soon as they please. The succession is provided for. My crown passes to my nephew.

Being, for all these reasons, free from fear, I will write in this book what no one who has happiness would dare to write. I will accuse the gods; especially the god who lives on the Grey Mountain. That is, I will tell all he has done to me from the very beginning, as if I were making my complaint of him before a judge. But there is no judge between gods and men, and the god of the mountain will not answer me. Terrors and plagues are not an answer. I write in Greek as my old master taught it to me. It may some day happen that a traveller from the Greeklands will again lodge in this palace and read the book. Then he will talk of it among the Greeks, where there is great freedom of speech even about the gods themselves. Perhaps their wise men will know whether my complaint is right or whether the god could have defended himself if he had made an answer.

I was Orual the eldest daughter of Trom, King of Glome. The city of Glome stands on the left hand of the river Shennit to a traveller who is coming up from the south–east, not more than a day’s journey above Ringal, which is the last town southward that belongs to the land of Glome. The city is built about as far back from the river as a woman can walk in the third of an hour; for the Shennit overflows her banks in the spring. In summer there was then dry mud on each side of it, and reeds, and plenty of waterfowl. About as far beyond the ford of the Shennit as our city is on this side of it you come to the holy house of Ungit. And beyond the house of Ungit (going all the time east and north) you come quickly to the foothills of the Grey Mountain. The god of the Grey Mountain, who hates me, is the son of Ungit. He does not, however, live in the house of Ungit, but Ungit sits there alone. In the furthest recess of her house where she sits it is so dark that you cannot see her well, but in summer enough light may come down from the smoke–holes in the roof to show her a little. She is a black stone without head or hands or face, and a very great goddess. My old master, whom we called the Fox, said she was the same whom the Greeks call Aphrodite; but I write all the names of people and places in our own language.

I will begin my writing with the day my mother died, and they cut off my hair, as the custom is. The Fox—but he was not with us then—said it is a custom we learned from the Greeks. Batta, the nurse, shore me and my sister Redival outside the palace, at the foot of the garden which runs steeply up the hill behind. Redival was my sister, three years younger than I, and we two were still the only children. While Batta was using the shears many other of the slave women were standing round, from time to time wailing for the Queen’s death and beating their breasts; but in between they were eating nuts and joking. As the shears snipped and Redival’s curls fell off, the slaves said, “Oh, what a pity! All the gold gone!” They had not said anything like that while I was being shorn. But what I remember best is the coolness of my head and the hot sun on the back of my neck when we were building mud houses, Redival and I, all that summer afternoon.

Our nurse Batta was a big–boned, fair–haired, hard–handed woman whom my father had bought from traders who got her further north. When we plagued her she would say, “Only wait till your father brings home a new queen to be your stepmother. It’ll be changed times for you then. You’ll have hard cheese instead of honey–cakes then and skim milk instead of red wine. Wait and see.”

As things fell out, we got something else before we got a stepmother. There was a bitter frost that day. Redival and I were booted (we mostly went barefoot or sandalled) and trying to slide in the yard which is at the back of the oldest part of the palace, where the walls are wooden. There was ice enough all the way from the byre–door to the big dunghill, what with frozen spills of milk and puddles and the stale of the beasts; but too rough for sliding. And out comes Batta, with the cold reddening her nose, calling out, “Quick, quick! Ah, you filthies! Come and be cleaned and then to the King. You’ll see who’s waiting for you there. My word! This’ll be a change for you.”

“Is it the Stepmother?” said Redival.

“Oh, worse than that, worse than that; you’ll see,” said Batta, polishing Redival’s face with the end of her apron. “Lots of whippings for the pair of you; lots of ear–pullings; lots of hard work.