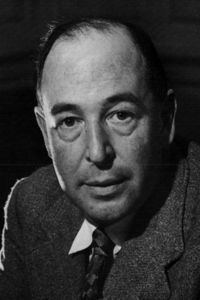 Clive Staples Lewis was a novelist, poet, academic, medievalist, literary critic, essayist, lay theologian, and Christian apologist. Born in Belfast, Ireland, he held academic positions at both Oxford University (Magdalen College) and Cambridge University (Magdalene College). He is best known both for his fictional work, especially The Screwtape Letters, The Chronicles of Narnia, and The Space Trilogy, and for his non-fiction Christian apologetics, such as Mere Christianity, Miracles, and The Problem of Pain.

C.S. Lewis is widely known for his fiction, especially his stories of science fiction and fantasy, for which he was a pioneering author in an age of rea...read more »

In the first novel of C.S. Lewis’s classic science fiction trilogy, Dr Ransom, a Cambridge academic, is abducted and taken on a spaceship to the red pla...read more »

The second novel in Lewis’s science fiction trilogy tells of Dr Ransom’s voyage to the planet of Perelandra (Venus). Dr Ransom is sent by the Elida to P...read more »

The Pevensie siblings travel back to Narnia to help a prince denied his rightful throne as he gathers an army in a desperate attempt to rid his land of ...read more »

We hear often that love is patient and kind, not envious or prideful. We hear that human love is a reflection of divine love. We hear that God is love. ...read more »

On a desperate journey, two runaways meet and join forces. Though they are only looking to escape their harsh and narrow lives, they soon find themselve...read more »

The last battle is the greatest battle of all. Narnia… where lies breed fear… where loyalty is tested… where all hope seems lost. During the last days o...read more »

Narnia…the land beyond the wardrobe, the secret country known only to Peter, Susan, Edmund, and Lucy…the place where the adventure begins. Lucy is the f...read more »

When Digory and Polly are tricked by Digory’s peculiar Uncle Andrew into becoming part of an experiment, they set off on the adventure of a lifetime. Wh...read more »

A masterpiece of satire, this classic has entertained and enlightened readers the world over with its sly and ironic portrayal of human life from the va...read more »

Jill and Eustace must rescue the Prince from the evil Witch. Narnia…where owls are wise, where some of the giants like to snack on humans, where a princ...read more »

Lucy and Edmund, with their dreadful cousin Eustace, get magically pulled into a painting of a ship at sea. That ship is the Dawn Treader, and on board ...read more »

In this timeless tale of two mortal princesses - one beautiful and one unattractive - C. S. Lewis reworks the classical myth of Cupid and Psyche into an...read more »

Transposition and Other Addresses (1949)

This book contains a selection of the too numerous addresses which Lewis gave during the late war and the years that immediately followed it. All were c...read more »