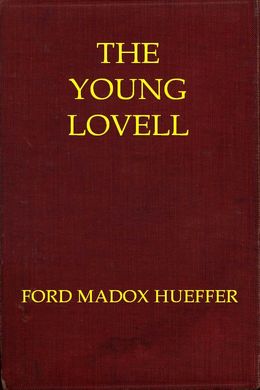 The Young Lovell is a romance of the Borders. The date is towards the end of the 15th Century, running up to the beginnings of the reformation, through it isn’t in that sense concerned with religion. The action takes place in Northumberland and the strory contains any number of things concerning ‘The Percy out of Nothumberland’. the Bishops Palatine of Durham, the besiegin of the castles, border raids, and so on with what is called ‘a strong element of the supernatural’ and a vigorious love interest.

In the darkness Young Lovell of the Castle rose from his knees, and so he broke his vow. Since he had knelt from midnight, and it was now the sixth hour of the day, he staggered; innumerable echoes brushed through the blackness of the chapel; the blood made flames in his eyes and roared in his ears. It should have been the dawn, or at least the false dawn, he thought, long since. But he knew that, in that stone place, like a coffer, with the ancient arched windows set in walls a man’s length deep, it would be infinitely long before the light came to his eyes. Yet he had vowed to keep his vigil, kneeling till the dawn …

When the night had been younger it had been easier but more terrible. Visions had come to him; a perpetual flutter of wings, shuddering through the cold silence. He had seen through the thick walls, Behemoth riding amidst crystal seas, Leviathan who threw up the smoke and flames of volcanoes. Mahound had passed that way with his cortège of pagans and diamonded apes; Helen of Troy had beckoned to him, standing in the sunlight, and the Witch of Endor, an exceedingly fair woman, and a naked one, riding on a shell over a sea with waves like dove’s feathers. The Soldan’s daughter had stretched out her arms to him, and a courtesan he had seen in Venice long ago, but her smile had turned to a skull’s grinning beneath a wimple. He had known all these for demons. The hermit of Liddeside with his long beard and foul garments, such as they had seen him when they went raiding up Dunbar way, had swept into that place and had imperiously bidden him up from his knees to drive the Scots from Barnside, but he had known that the anchorite had been dead this three years and, seeing that the Warden of the Eastern Marches and the Bishop of Durham, with all his own father’s forces and all theirs, lay in the castle and its sheilings, it was not likely that the false Scots would be so near. Young gallants with staghounds, brachets and Hamboro dogs had bidden him to the chase; magicians with crucibles had bidden him come view their alembics where the philosopher’s stone stood revealed; spirits holding flames in their hands had sought to teach him the sin against the Holy Ghost, and Syrians in robes of gold, strange sins. There had come cooks with strange and alluring messes whose odours make you faint with desires, and the buttling friars from friaries with great wine–skins of sack. But all of them, too, he had known for demons, though at each apparition desire had shaken him.

All these he had taken to be in the nature of the very old chapel, since it had stood there over the tiresome and northern sea ever since Christendom had come to the land, and it was proper to think that, just as those walls had seen the murdering of blessed saint Oddry by heathens and Scots whilst he sang mass, and even as pagans and sorcerers had in the old times contended for that ground, now, having done it in the body, in their souls they should still haunt that spot and contend for the soul of a young lording that should be made a knight upon the morrow. But when the tower–warden had churned out four o’clock the bird of dawn had crowed twice….

Three times would have been of better omen. At that moment Satan himself, the master fiend, with legs of scarlet, a bull’s hide sweeping behind and horns all gold and aquamarine, had been dancing with mighty leaps above a coal fire, up through which, livid and in flaming shrouds, there had risen the poor souls of folk in purgatory. And with a charter from which there dangled a seal dripping blood to hiss in the coals and become each drop a viper—with this charter held out towards Young Lovell, Satan had offered him any of these souls to be redeemed from purgatory at the price of selling his own to Satan.

He had been about to say that he knew too much of these temptations and that the damnation of one soul would be infinitely more grievous to Our Lady than the temporary sojourn in purgatory of an infinite number. But at the crowing of the cock Satan and his firelit leer had vanished as if a candle had been blown out in a cavern….

There had begun an intolerable period of waiting. He tried to say his sixty Aves, but the perpetual whirling of wings that brushed his brow took away his thoughts. He knew them now for the wings of anxious bats that his presence disturbed. When he began upon his Paters, a rat that had crept into his harness of proof overset his helmet and the prayer went out of his head. When he would have crossed himself, suddenly his foster–brother and cousin, Decies of the South, that should have watched in the chapel porchway, began to snore and cried out in his sleep the name “Margaret.” Three times Decies of the South cried “Margaret