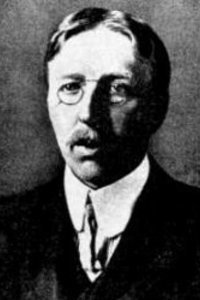 Ford Madox Ford was an English novelist, poet, critic and editor whose journals, The English Review and The Transatlantic Review, were instrumental in the development of early 20th-century English literature. He is now remembered best for his publications The Good Soldier, the Parade’s End tetralogy and The Fifth Queen trilogy. The Good Soldier is frequently included among the great literature of the 20th century, including the Modern Library 100 Best Novels, The Observer’s “100 Greatest Novels of All Time”, and The Guardian’s “1000 novels everyone must read”.

The tumultuous relationship between Katharine Howard and England’s King Henry VIII was inextricably entwined with the rise to power and eventual fall of...read more »

With his acclaimed masterpiece Parade’s End, Ford Madox Ford set himself a work of immense scale and ambition: “I wanted the Novelist in fact to appear ...read more »

An intriguing fairy tale about an innocent Queen of a remote kingdom, who befriends and spends much of her time, talking to a bat. The bat tells her tha...read more »

The Young Lovell is a romance of the Borders. The date is towards the end of the 15th Century, running up to the beginnings of the reformation, through ...read more »