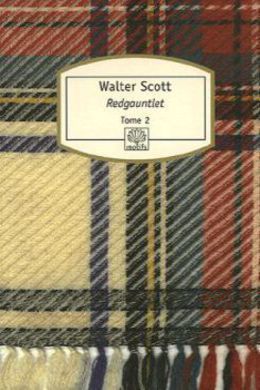 Set in 1765 in the fictitious third Jacobite rebellion, Redgauntlet tells of Darsie Latimer, a student of law who becomes embroiled in a plot to put Prince Charles Edward (aka, Bonnie Prince Charlie) on the British throne. He is kidnapped by his uncle, Redgauntlet, who is involved in a last, fictional attempt to restore the Stewarts to the British throne. The events in Redgauntlet never actually took place, but they are probable, and form the culmination of Scott’s series of Jacobite novels.

Cur me exanimas querelis tuis? In plain English, Why do you deafen me with your croaking? The disconsolate tone in which you bade me farewell at Noble House, [The first stage on the road from Edinburgh to Dumfries via Moffat.] and mounted your miserable hack to return to your law drudgery, still sounds in my ears. It seemed to say, ‘Happy dog! you can ramble at pleasure over hill and dale, pursue every object of curiosity that presents itself, and relinquish the chase when it loses interest; while I, your senior and your better, must, in this brilliant season, return to my narrow chamber and my musty books.’

Such was the import of the reflections with which you saddened our parting bottle of claret, and thus I must needs interpret the terms of your melancholy adieu.

And why should this be so, Alan? Why the deuce should you not be sitting precisely opposite to me at this moment, in the same comfortable George Inn; thy heels on the fender, and thy juridical brow expanding its plications as a pun rose in your fancy? Above all, why, when I fill this very glass of wine, cannot I push the bottle to you, and say, ‘Fairford, you are chased!’ Why, I say, should not all this be, except because Alan Fairford has not the same true sense of friendship as Darsie Latimer, and will not regard our purses as common, as well as our sentiments?

I am alone in the world; my only guardian writes to me of a large fortune which will be mine when I reach the age of twenty-five complete; my present income is, thou knowest, more than sufficient for all my wants; and yet thou–traitor as thou art to the cause of friendship–dost deprive me of the pleasure of thy society, and submittest, besides, to self-denial on thine own part, rather than my wanderings should cost me a few guineas more! Is this regard for my purse, or for thine own pride? Is it not equally absurd and unreasonable, whichever source it springs from? For myself, I tell thee, I have, and shall have, more than enough for both. This same methodical Samuel Griffiths, of Ironmonger Lane, Guildhall, London, whose letter arrives as duly as quarter-day, has sent me, as I told thee, double allowance for this my twenty-first birthday, and an assurance, in his brief fashion, that it will be again doubled for the succeeding years, until I enter into possession of my own property. Still I am to refrain from visiting England until my twenty-fifth year expires; and it is recommended that I shall forbear all inquiries concerning my family, and so forth, for the present.

Were it not that I recollect my poor mother in her deep widow’s weeds, with a countenance that never smiled but when she looked on me–and then, in such wan and woful sort, as the sun when he glances through an April cloud,–were it not, I say, that her mild and matron-like form and countenance forbid such a suspicion, I might think myself the son of some Indian director, or rich citizen, who had more wealth than grace, and a handful of hypocrisy to boot, and who was breeding up privately, and obscurely enriching, one of whose existence he had some reason to be ashamed. But, as I said before, I think on my mother, and am convinced as much as of the existence of my own soul, that no touch of shame could arise from aught in which she was implicated. Meantime, I am wealthy, and I am alone, and why does my friend scruple to share my wealth?

Are you not my only friend? and have you not acquired a right to share my wealth? Answer me that, Alan Fairford. When I was brought from the solitude of my mother’s dwelling into the tumult of the Gaits’ Class at the High School–when I was mocked for my English accent–salted with snow as a Southern–rolled in the gutter for a Saxon pock-pudding,–who, with stout arguments and stouter blows, stood forth my defender?–why, Alan Fairford. Who beat me soundly when I brought the arrogance of an only son, and of course a spoiled urchin, to the forms of the little republic?–why, Alan. And who taught me to smoke a cobbler, pin a losen, head a bicker, and hold the bannets?–[Break a window, head a skirmish with stones, and hold the bonnet, or handkerchief, which used to divide High School boys when fighting.] Alan, once more. If I became the pride of the Yards, and the dread of the hucksters in the High School Wynd, it was under thy patronage; and, but for thee, I had been contented with humbly passing through the Cowgate Port, without climbing over the top of it, and had never seen the Kittle Nine-Steps nearer than from Bareford’s Parks. [A pass on the very brink of the Castle rock to the north, by which it is just possible for a goat, or a High School boy, to turn the corner of the building where it rises from the edge of the precipice.